What is cruise control? Cruise control is an electronic system that automatically regulates a car’s speed without the driver having to keep their foot on the accelerator. That’s the simple answer, but today car manufacturers are adding ever-more advanced cruise control systems to their models, all designed to make driving easier and safer, while many of the newer technologies are on the first tentative steps towards autonomous vehicles.

Once upon a time, cruise control was the preserve of high-end luxury cars, but as the technology has become more affordable, car makers have rolled it out on more mainstream models. Today, you can get it on even the smallest city cars, while other models get a proprietary speed limited system that requires a bit more input from the driver. 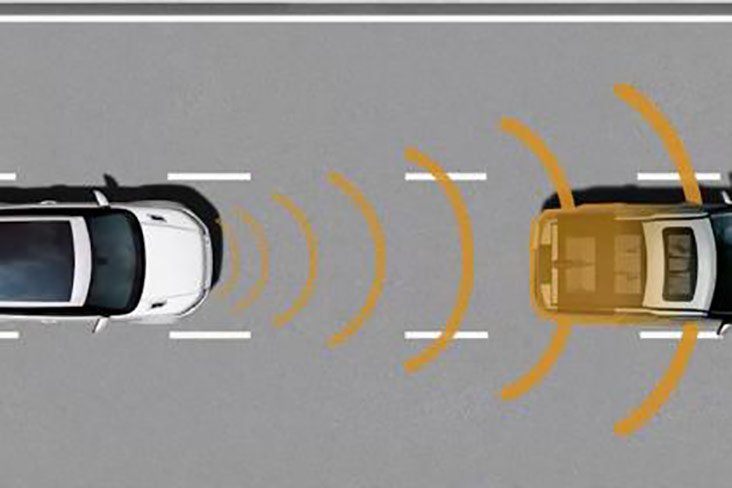 Elsewhere, the progress of technology means that car makers have been able to develop adaptive cruise control (ACC) systems that can vary a car’s speed according to traffic, while the most advanced systems are on the steps towards fully autonomous driving.

Here we explain how cruise control works and break down the different kinds of system on offer, highlighting their advantages and limitations, so you can decide if it’s an option that’s worth ticking on your next new car purchase.

Cruise control can trace its origins back to the 17th and 18th century, when engineers developed ‘speed control’ systems for steam engines. These mechanical systems were adapted by some early automobile makers at the start of the 20th century, although the predecessor to modern cruise control didn’t appear until the 1950s.

The first car to feature cruise control was a 1958 Imperial, which was Chrysler’s luxury division. Called ‘Auto-pilot’, the system was mechanical and was connected to the engine propshaft. It had a dial on the dashboard to preselect a speed and an electric motor that adjusted throttle position to maintain it.

US firm American Motors produced a budget version of cruise control for its automatic cars in 1965, but cruise control really took off in the US during the oil crisis of 1973. Manufacturers had developed electronic cruise control systems by this time, and these makers promoted the benefits of the system as it delivered constant throttle inputs, rather than the erratic flexing of the driver’s right foot for improved fuel economy.

Cruise control found popularity in the US first because of that nation’s fondness of automatic gearboxes, long travelling distances and the relatively straight and wide highway network. In Europe, cruise control took a little longer to gain a foothold, but like the US, it first appeared on high-end luxury cars before filtering its way down to more mainstream models.

The first adaptive cruise control (ACC) system appeared in Japan in the early 1990s, although the first systems simply warned the driver of slower traffic ahead, and didn’t control the car’s throttle or brakes. 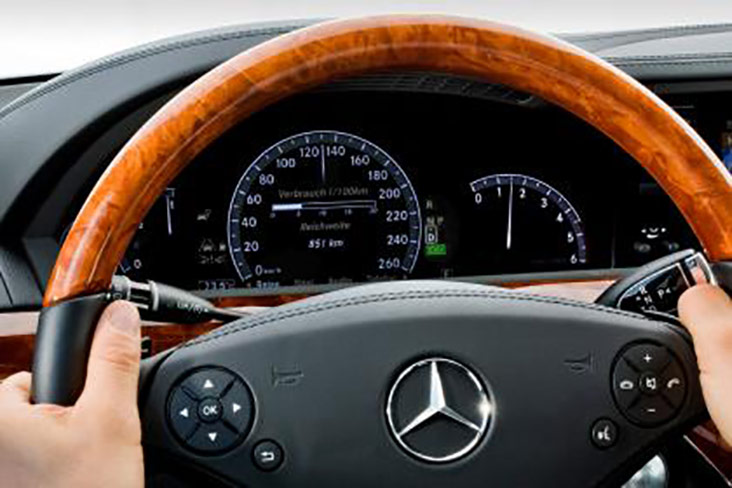 The first proper ACC system was Mercedes‘ Distronic system, which appeared on the S-Class limousine in 1999. This system not only controlled the throttle, but also the brakes to maintain a set distance to the vehicle in front.

Since then, car makers have embraced ACC, and it can be found on superminis, hatchbacks and sports cars, while the rising level of traffic on our roads means it’s arguably a more useful feature than standard cruise control on its own, as it can adjust speed according to traffic flow.

How does cruise control work?

Modern cruise control systems are integrated into a car’s electronics, and are often combined with additional tech, such as lane departure warning and blind spot sensors. With standard cruise control, you need to select cruise mode via a switch, then accelerate to your desired speed, and press a button – either on the steering wheel or on a lever on the steering column – to set that speed. 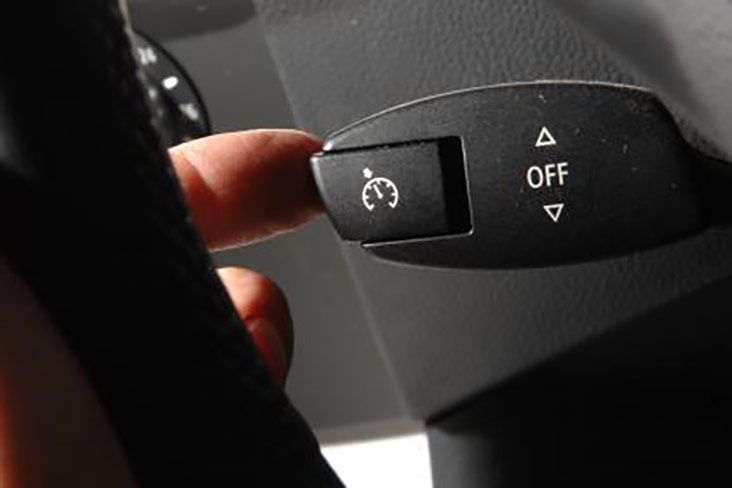 The car’s electronics then maintain your selected speed, so you can take your foot of the accelerator. On some cars you can adjust your speed via a button, and the car will automatically change its speed accordingly.

On a car with adaptive cruise control (ACC), you switch on the system, then you can raise or lower your speed as desired, and the car will accelerate to that set speed. These systems use either radar or laser sensors to maintain a set distance to the car in front, and they also have the ability to increase or decrease that distance as required.

To deactivate cruise control, you simply press a button to regain control of the throttle. However, one important safety feature that all of these systems are required to have is that the system will immediately deactivate if the car’s brakes are applied. On cars with a manual gearbox, pressing the clutch pedal will sometimes have the same effect, although not all cars behave in the same way. Most cars will have a memory function, so that you can resume the same speed after the brakes have been applied. 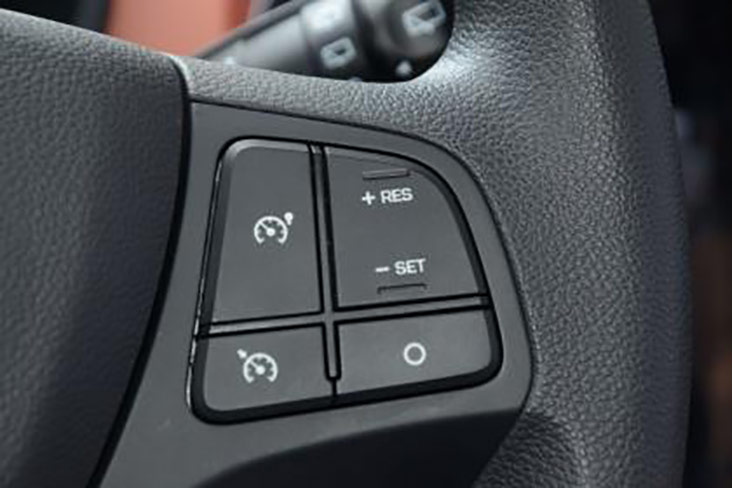 Earlier cruise control systems would have a lower speed threshold of around 20-30mph where cruise control couldn’t be activated, and some manufacturers still maintain this set-up. However, some of the latest ACC systems also incorporate a traffic function, so they can operate in stop-start conditions.

Essentially there are four types of cruise control on offer, ranging from the most basic speed limiter to systems that can negotiate stop-start traffic and even change lanes. We look at the benefits and disadvantages of each below. 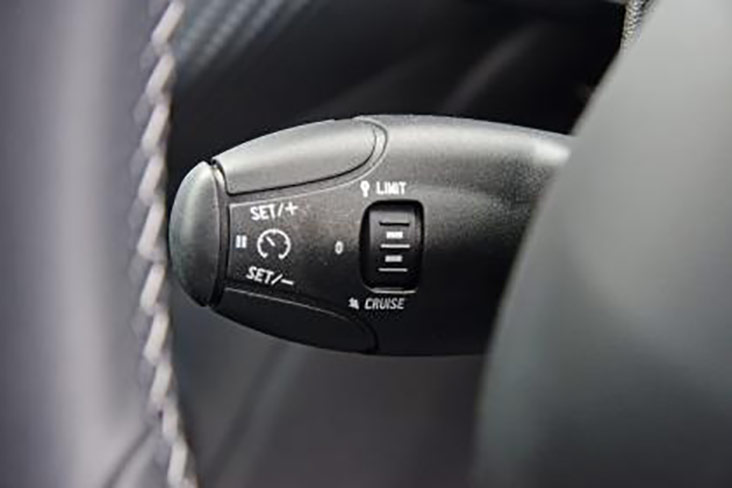 What is it? The most basic form of cruise control. There are systems that can be hard-wired into a vehicle to limit its top speed (a 70mph limit in vans, for example), or there are driver-activated systems. You can set a maximum speed for your vehicle, but you maintain control of the car’s accelerator at all times. When you approach your set maximum, the car will simply stop accelerating. This will usually happen softly, so you’ll barely notice.

Found on: Citroen, Ford, Nissan, Peugeot, Renault, vans, can be added aftermarket, too. Advantages: Helps you stick to speed limits, saves fuel. Disadvantages: Driver has to continue using the throttle to maintain speed. 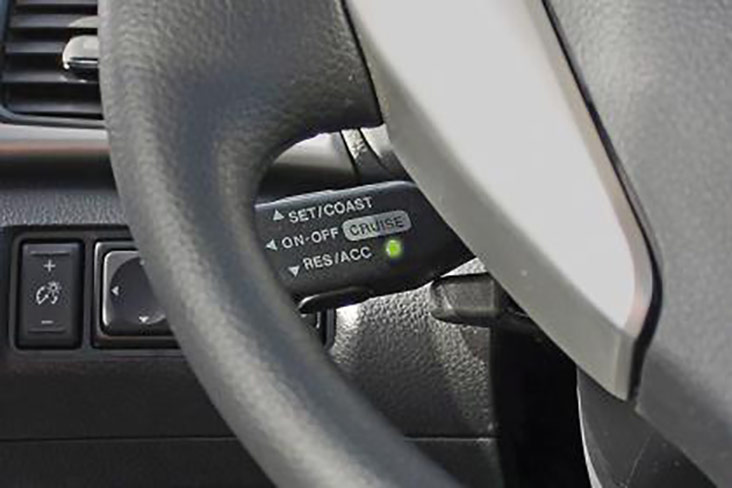 What is it? Standard cruise control is a fairly common feature on new cars. You turn the system on (usually indicated by a graphic on the dashboard), then once you’re up to your desired speed, you press a button to set it, and the car maintains that speed.

Found on: Most mainstream new cars, except for the most basic trims. Advantages: Takes strain out of long drives, more fuel efficient than using the accelerator manually, helps you stick to speed limits. Disadvantages: Driver has to take over when traffic slows, only worth using on clear motorways. 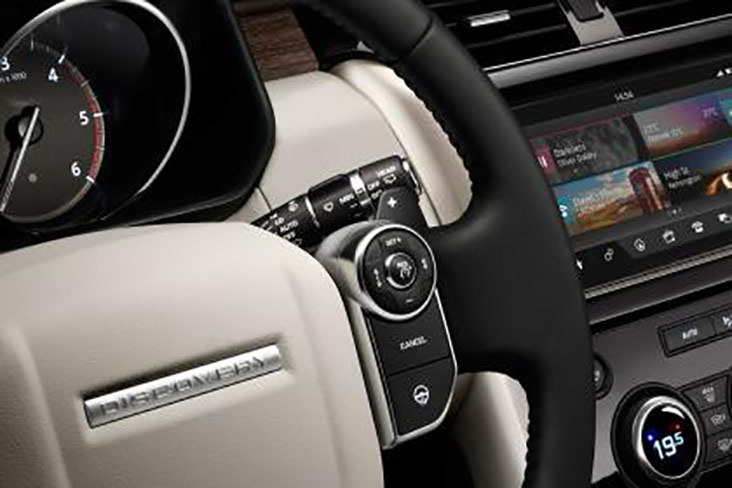 What is it? Either a radar or laser-based system that can maintain speed, but reduces speed if the gap to the car in front falls below a preset distance. This constitutes Level One automation on the automated vehicle classification chart, as they driver is required to take control at any time.

Found on: Assorted BMW, Fiat group, Ford, JLR, Lexus, Mercedes, VW Group models, and increasing in use by other makers. Advantages: Adjusts speed according to traffic, takes strain out of long drives, helps fuel efficiency. Disadvantages: Sensors can be ‘blinded’ in bad weather, electronics can be slow to react to sudden traffic slowing, distance to the car in front can be big enough to tempt other drivers to cut in front of you, sometime systems are jerky when changing speed. 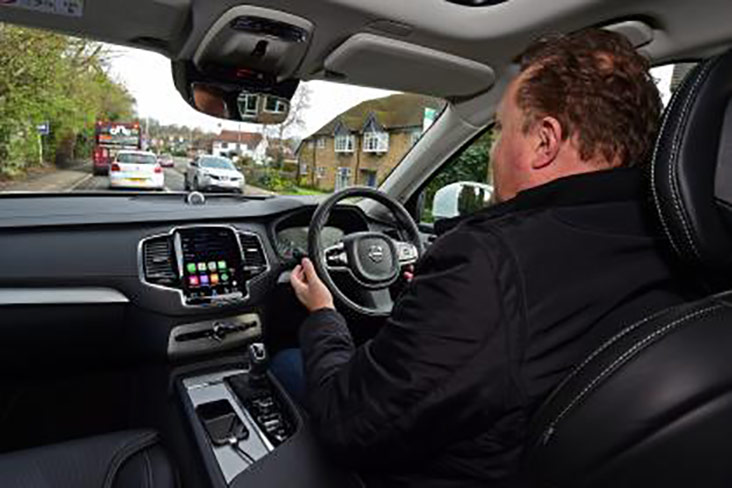 The latest hi-tech cruise control systems are one step closer to the fully autonomous self-driving car, and are classed as Level 2 automation. This means the automation can control the throttle, brakes and steering, but the driver still needs to intervene if the systems fail to detect objects. Semi-autonomous systems can vary in sophistication, and can help with steering inputs, move in stop-start traffic, or even change lanes on the motorway with the flick of an indicator, or adjust the car’s speed according to GPS data and road sign recognition cameras.

Found on: Audi A3/A8/Q7, BMW 7 Series, Mercedes S-Class, Volvo XC90 Advantages: Takes strain out of driving and traffic jams, helps fuel consumption. Disadvantages: Sensors need to be kept clear for it to work, too easy for driver to ‘switch off’ and lose concentration.

Five Optional Extras Your Next Car Should Have

This article was written by Dean Gibson from Auto Express and was legally licensed through the NewsCred publisher network.

Topics:
Advice Cars Technology
Get the latest news straight to your inbox