The electric car range keeps growing and getting closer to petrol vehicles. Keep reading this article written by Howard Mustoe from The Telegraph to learn more about it.

The average battery-powered car can now travel almost 260 miles on a single charge, after an “electric decade” in which ranges have trebled and the number of available vehicles has surged almost 15-fold.

An electric car in the UK has an average battery range of 257 miles compared with 74 miles in 2011, according to industry trade body the Society of Motor Manufacturers and Traders (SMMT).

Britain’s first mass-market electric car was the Nissan Leaf, produced at the firm’s plant in Sunderland, which debuted in 2011 with a range of 73 miles. Today, Nissan’s equivalent model can travel for 226 miles on a single charge, while the Mercedes EQS 450+ has a range of as much as 450 miles.

Helping you make the switch to electric

The Motability Scheme provides worry-free motoring to over 640,000 people across the UK. If you are a customer, you can enjoy an affordable, all-inclusive lease for a vehicle of your choice – including lots of electric options.

You can also request an information pack to learn more about how the Motability Scheme works.

Between 2011 and 2021, the number of electric and hybrid chargeable cars sold leapt from 1,082 to more than 190,000. Meanwhile, the number of plug-in models available has grown almost 15-fold to 140 during what the SMMT hailed as the UK’s “electric decade”, with more than four in 10 cars on the market now sold with a plug.

Boris Johnson is pressing ahead with plans to ban the sale of all new petrol and diesel cars by 2030 and ending hybrid sales by 2035 to meet ambitious net-zero targets.

But while manufacturers are ploughing investment into developing battery-powered vehicles, drivers are being let down by the limited number of public chargers on Britain’s roads, the SMMT said.

There are more than 30,000 public chargers available according to data from the Department for Transport, up by a third in a year. The government wants to have 300,000 available by the end of the decade.

However, carmakers are concerned that a lack of fast charging points, particularly in areas such as Northern Ireland and the North West of England, will put drivers off from buying electric or hybrid models. The North West has 5.9 rapid chargers per 100,000 people compared to 111 in London.

As energy prices surge, there are also concerns over affordability, with private charging networks often demanding much more for energy than can be obtained at home on a good tariff.

Mike Hawes, chief executive of the SMMT, said: “The UK has an ambitious timescale to deliver net zero and road transport must shoulder the biggest burden delivering that goal. The industry is up for the challenge but we need all stakeholders, including government, charge point providers and energy companies, to match manufacturers’ commitment by providing the competitive incentives and infrastructure that assures a zero-emission future.”

This article was written by Howard Mustoe from The Telegraph and was legally licensed through the Industry Dive Content Marketplace. Please direct all licensing questions to legal@industrydive.com.

Topics:
Cars electric EVs
Get the latest news straight to your inbox Planning a long journey in an electric vehicle How much does it cost to charge an electric car at a public chargepoint? 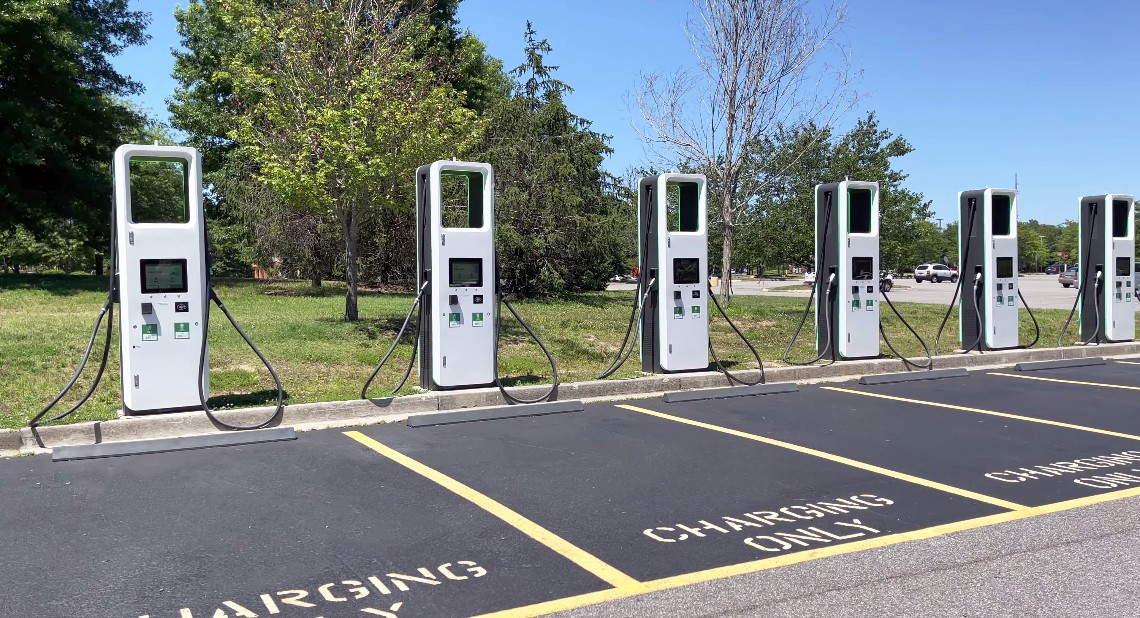 How to find EV charging stations