As we move towards a fully electric future for our roads, cities across the UK are striving to improve their electric vehicle infrastructure. The West Midlands has just overtaken London in the UK’s electric car charger revolution. Read this article from the Guardian to find out more.

The West Midlands has overtaken London as the region with the fastest-growing network of electric car chargers, thanks to a push by Coventry to rapidly move away from petrol and diesel cars.

The number of electric car chargers in the West Midlands rose by a fifth between April and July, according to data from Zap-Map and the Department for Transport.1 That compared with growth of 12.6% in the east of England.

London still attracted the most new charge points in absolute terms, with 309 additions, but the West Midlands, which has a much smaller population, was close behind, with 272.

The Climate Change Committee in June described improving the UK’s charging network as a priority for the government before the 2035 ban on new petrol and diesel engines. It said the government should aim for about 150,000 public charge points operating by 2025, “widely available across all regions of the UK”.

However, London – with 13% of the population – still accounts for 31% of public chargers as charging companies cater for its wealthier citizens.

The UK had 24,400 public chargers in July, up from 15,000 in October 2019 when the DfT first started publishing comparable data. The chargers already outnumber the country’s 8,400 filling stations.

However, the 7% quarterly growth rate between April and July would barely get the UK even a third of the way towards the CCC’s 2025 target.

Coventry has mostly used government funding to install chargers, with a quarter of the investment coming from private charge-point operators, who expect to make back their money in about seven years. It is part of a programme to embrace electric vehicles that also includes hosting the UK Battery Industrialisation Centre and securing pre-emptive planning permission for a “gigafactory” to build electric car batteries.

Shamala Evans-Gadgil, the programme manager in Coventry city council’s transport and innovation department, said she hoped their model for improving charger networks could show the way for the rest of the country. “We know that the ban is coming. We know that the infrastructure is necessary. It can’t just be Coventry. It needs to be across the board.”

The number of electric cars registered in the city has almost tripled to more than 1,000 in the past three years as the charging infrastructure has been rolled out. During 2021, the usage of chargers has also increased rapidly, Evans-Gadgil said.

Coventry is one of several local authorities outside of London to have deployed government funding to expand their charging networks. Milton Keynes, designed around cars as a new town in the 1960s and 70s, has more chargers than any local authority area outside the capital.

Electric cars have given a chance for the town to be at the “vanguard” once more, according to Brian Matthews, the head of transport innovation at Milton Keynes council. The town installed rapid chargers at 15 community hubs, often near shops or other amenities such as new points at the MK Dons’ football stadium. 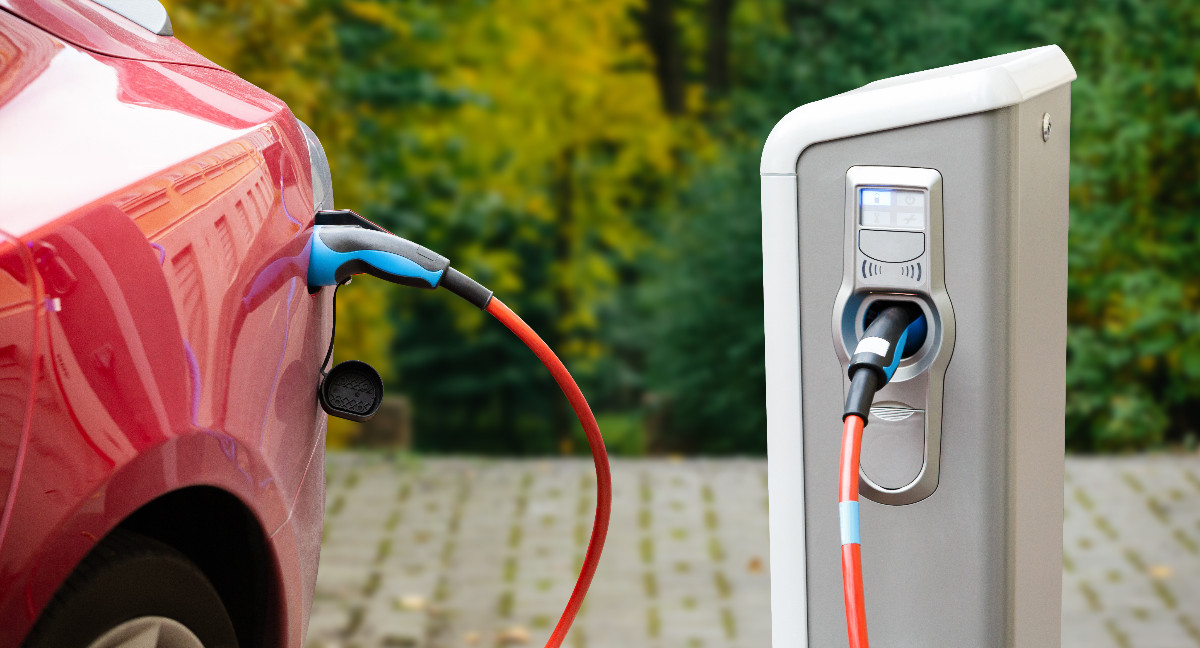 The council also offered low-cost electric car trials, set up an electric car experience centre and even gave lessons to car salespeople to help them sell electric vehicles. It appears to have been a success. At the end of last year electric cars made up about 23% of sales in the council area, compared with a national average of closer to 10%.

Having a widespread and reliable charging network will be a key part of assuaging the doubts of those reluctant to ditch fossil fuels – who include the government’s climate spokeswoman, Allegra Stratton. This month Stratton shocked experts by saying she was sticking with diesel cars for now because she wanted to make long journeys to see relatives without stopping to charge.

Her comments were at odds with Boris Johnson’s plans to “transform” British charging infrastructure. The government highlights £1.3bn earmarked for electric car charging, including money for motorway and on-street chargers.

Yet the scale of the remaining challenge is huge. Competing forecasts cited by the Competition and Markets Authority suggest the UK will need 10-20 times more – between 280,000 and 480,000 – than it has now. As many as 8m households without private parking would be reliant on on-street chargers, it said.

Dundee city council – which claims to have the highest concentration of rapid chargers in Europe – installed one of its first charging hubs in a poorer area to try to broaden the choice of electric cars to more people. Other initiatives include on-street chargers that pop up out of the ground, and even a charging robot for multi-storey car parks.

However, the city’s efforts are also tied to reducing car use. Dundee is putting charge points at multi-modal hubs – well-connected bus and train stations that will also have electric bikes for hire and pleasant routes to the city centre.

Fraser Crichton, the corporate fleet manager of Dundee city council, said: “What we thought was we didn’t want to replace car with car – what we want is for people on a lovely day to leave their vehicles at the hub and walk into the city.”

This article was written by Jasper Jolly from The Guardian and was legally licensed through the Industry Dive publisher network. Please direct all licensing questions to legal@industrydive.com.

The Motability Scheme Car Search tool will help you tailor the choice of around 1,200 cars available on the Scheme to your specific needs. The ‘advanced search’ function lets you narrow down choices to your exact requirements, including Advance Payment, brand, individual model, body style, fuel type, fuel consumption, number of seats – even whether it’s suitable for younger drivers.

Topics:
electric
Get the latest news straight to your inbox