Most drivers have experienced having a car following far too close behind them or being frustrated themselves while following a slower driver and driving a little closer than you normally would in the hope that they hurry up. It is a very common situation either way but it can have some very serious consequences.

A campaign by Highways England has set out to try and combat people driving too close—and for good reason. The campaign refers to drivers that get too close to others as space invaders, but many are more familiar with the term tailgating. You might have seen cars with window and bumper stickers discouraging this practice over the years, but why is it such a big deal?

What are the dangers?

Driving closer to the person in front means the driver behind has less time to react if something goes wrong. The car in front may stop suddenly, it may hit something or simply have to slow down faster than normal. In any of these instances, the time in which the following driver has to do anything is greatly reduced.

There are other factors involved, too. By driving very close to the car in front you can also put a lot of pressure on the driver. They may feel stressed and worried and may be more likely to make a mistake. They may try and drive faster than they are able to and have an accident or they may just feel frightened.

Tailgating or close following is an issue across all types of roads from B-roads to Motorways. In fact, the speeds involved on motorways alone can make the simple act of driving a little too close to the car in front a huge risk to multiple cars.

This is where the driver behind is deliberately following too close as a point of aggression or anger at how the driver in front is behaving. This is a form of road rage and it isn’t acceptable. It is often because the person in front is driving slower than the tailgater would like so they drive closer in the hope the person might speed up or move over on the motorway.

In most cases, this isn’t what happens and many drivers will actually slow down in response—either because they’re scared or just to make a point. It is worth remembering that tailgating falls under the act of careless driving and is illegal. You could see a £100 fine and a driving ban in the worst cases.

In some cases, people simply do not notice they are driving too close. They may have always done it and never been told otherwise or they may be distracted and really not thinking about the road ahead. It is important for everyone to consider the distance between themselves and the car ahead regularly and make adjustments accordingly. 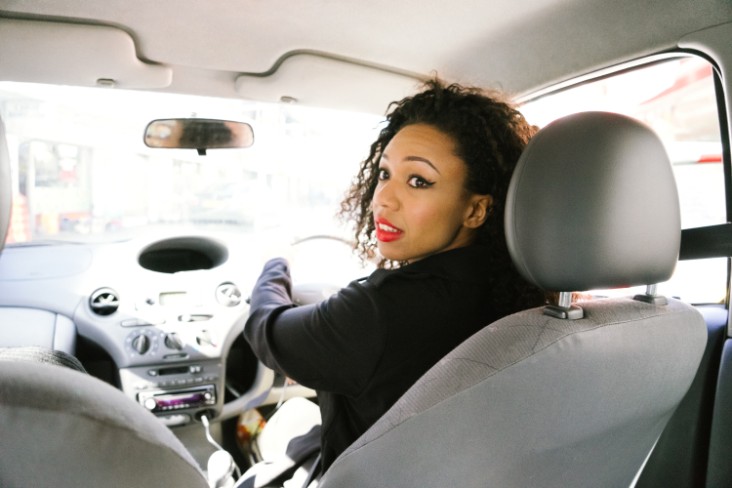 What to do if a car is too close to you

First of all, do not panic and do not change how you drive. If you are driving correctly then carry on. Do not speed up unless you feel you were driving far too slow and you were distracted. It is critical to remain calm and not focusing on the rearview mirror will help with this. It is easy to start looking in the mirror every two seconds and risk missing something on the road ahead.

If the tailgater continues and doesn’t either overtake or turn off, look for a suitable place to let them pass. Avoid quiet laybys because the person following could be angry and may think you are stopping to argue. Look for a busy petrol station or similar and simply let the person pass you and get back to your journey.

How to avoid driving too close to others

Read up on the recommended safe distances, as it is worth a refresher! Of course, sometimes these ideal distances are hard to maintain in practice, but make an effort to do so. If you are in a hurry, remember, pushing the driver in front isn’t going to get you there any faster. Plan ahead and set off earlier if you are very concerned about the time.

Try to think of the person in front and how they may feel. Imagine them as a family member or friend and consider how you might feel if someone did it to them. Always wait for a safe moment to pass if you need to, as they may well be turning off soon anyway. 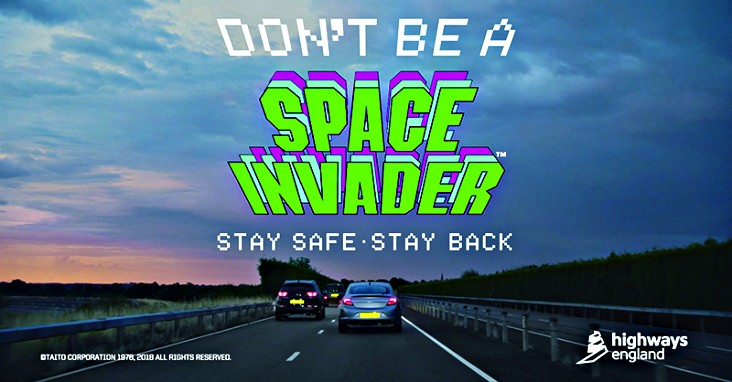 The Stay Safe — Stay Back campaign from Highways England

Close following or tailgating is bad for both parties involved and could affect other road users too. It is easy to find yourselves on either end of this problem and it is important to raise awareness. Even if it isn’t intentional, tailgating is just as likely to cause damage and injury to the person doing it as it is anyone else. Being tailgated is stressful but remaining calm and focusing on the road ahead is critical. The Stay Safe — Stay Back campaign from Highways England hopes to inform drivers and change behaviours on this subject.

Seven small things you can do to drive smarter