Every time you start your car, your instrument panel will twinkle with a variety of warning lights. They’re all very important –there to show us if something is wrong – but what does each one actually mean?

Don’t be concerned when your warning lights come on when you twist the key in your ignition or press your car’s start button. They’re designed to do that to show they’re all working correctly. It’s when they’re still on after four or five seconds that you need to worry.

Generally speaking, red lights are the most serious, but other colours are advisory, so you should be able to drive to a garage to get them checked out.

Below are the most common warning lights you’ll find on your car’s instrument panel and what their continued illumination means. It’s worth mentioning that the look and position of these lights may vary from car to car, and it’s worth spending time familiarising yourself with the warning lights on your car – you can find out more in your owner’s handbook. 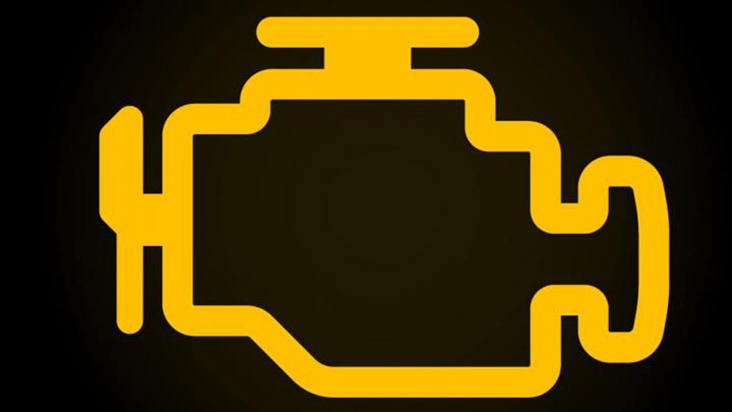 This is one of the more serious engine lights, because it could indicate the onset of potential engine damage. However, it’s more likely that a sensor somewhere on the car is faulty. Either way, it’s really important to get your car checked, even if there are no obvious signs of a fault – noises, bangs, vibrations or smoke are all giveaways. As with all faults, it’s important to get the problem diagnosed as soon as possible to prevent further damage. 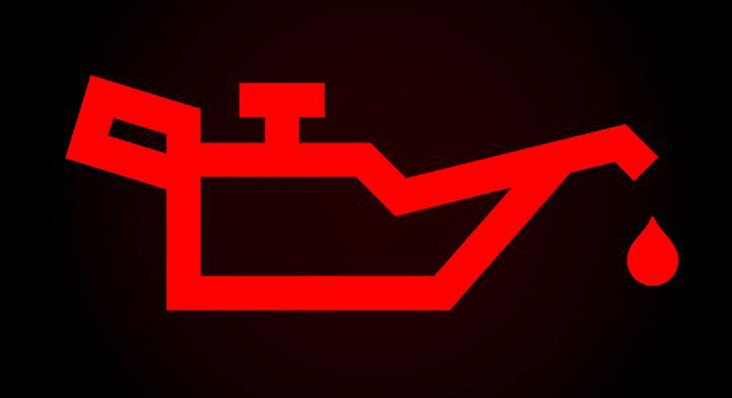 Although it’s important to ensure the correct amount of oil is circulating around your engine, it’s just as important for there to be sufficient oil pressure to ensure gravity doesn’t suck it straight to the bottom. If that happens, the oil will fail to lubricate the engine’s moving parts, which could lead to a total engine failure. Causes of a drop in oil pressure could include problems with the oil pump, a leaky oil pipe or simply insufficient oil in the engine. If the light comes on, stop the car immediately and turn off the engine. If the light remains illuminated after checking the oil level – and topping up if necessary – it’s time to call the experts.

Here’s another light that means you’ll need to curtail your journey. If it’s illuminated when you pull away, it’s likely you’ve just left the handbrake on, so check it’s properly released. If you’re confident the handbrake is off and the light is still on, or it comes on part way through your journey, you’ll need to pull over and call your garage. It could be as simple as your car is low on brake fluid, or something more serious. Of course, it could simply be that a sensor has failed, but either way it’ll need investigation immediately.

You may be able to detect a problem with the brakes when you push the brake pedal. If the pedal feels less firm that usual, or you can push the pedal all the way to the floor, then you’ve got a problem that’ll require immediate investigation. You shouldn’t drive the car until the problem is diagnosed. 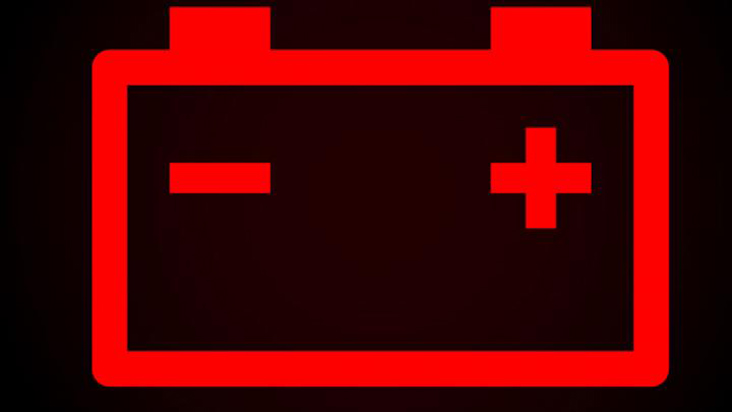 This warning light can indicate a number of things, all relating to the car’s battery and charging system. This is a particular problem at night, because a faulty battery can lead to headlights failing, but without the battery or charging system providing electricity, you may find power steering, brake servos or the engine itself stop working.

The cause of the warning light may be as simple as a faulty battery that’ll need replacing. But it could also be due to a problem with the car’s wiring or, more seriously, a fault with its alternator or drive belt. Most garages can check your car’s battery and charging system to identify what’s at fault. 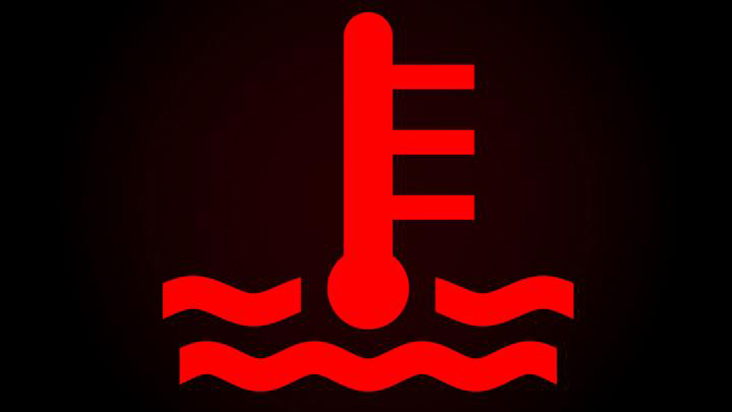 This one is pretty much self-explanatory. If you see the light on at any time after start-up, then the engine is running too hot or there isn’t enough coolant (also called antifreeze) in the system. This may be due to a number of issues, all of which could leave you stranded in a cloud of steam. It could be the car’s radiator is leaky, clogged or broken – you’ll likely see coolant dripping out if this is the case. It could also be due to a faulty water pump. More serious is a blown head gasket, which can signal catastrophic engine failure if you don’t turn off the engine immediately.

In any event, if you notice this light, stop the car immediately, as running hot for too long can lead to total engine failure. If your car is consistently overheating, you need to get it looked at by a garage. 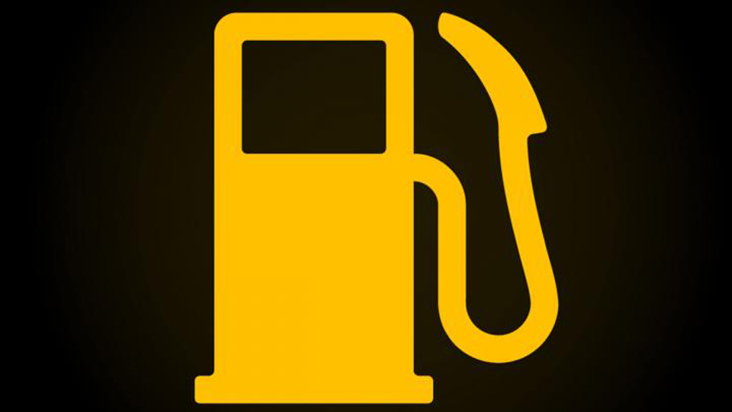 This is fairly self-explanatory, but we’ll go through it anyway. This is a warning light that comes on when the amount of fuel in the tank has passed a certain level. It’ll usually come on when you’ve got around 50-70 miles of range, and is designed to give enough warning so you can find a fuel station. Running out of petrol won’t cause any mechanical damage, but stopping on the road due to running dry is an offence. If you run out of diesel, it’ll be necessary to bleed the air from the fuel lines and injectors before the engine will start properly. That means it’s more than simply topping up from a jerrycan.

If you’re using more fuel that you’d expect, it could mean you have a fuel leak (check the ground under your car; especially your driveway or parking space), or your car’s on-board computer (ECU) is telling the engine to use more fuel than it needs. A garage will be able to check this for you. 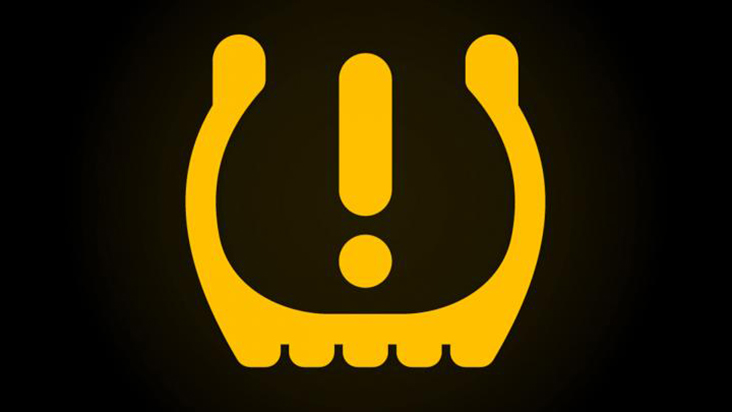 Tyre-pressure monitoring systems (TPMS) are an increasingly common sight; indeed for the last few years, it’s been mandatory for carmakers to fit the system. Essentially, it constantly monitors the amount of air in the tyres. If it detects a drop, it’ll provide a warning. This is important, because low tyre pressures can adversely affect braking and cornering and a sudden drop in pressure can cause a dangerous blow-out at high speed. If the TPMS system alerts you to low pressure, you’ll need to check and inflate the tyre. If it has an obvious puncture, you’ll need to change the wheel or use a puncture repair kit. 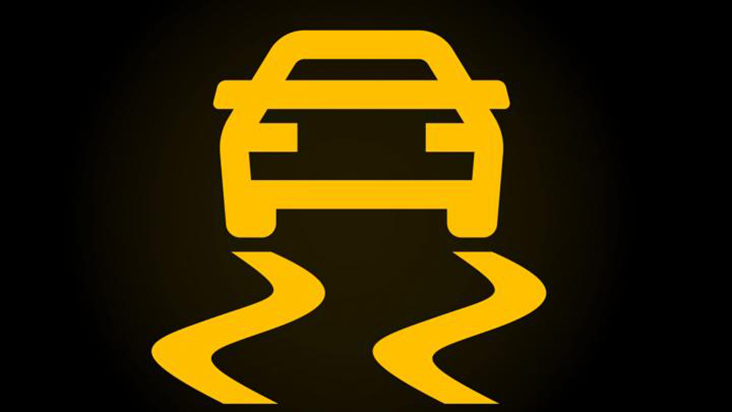 You’ll most commonly see your car’s traction-control warning light when the wheels loose grip, usually in the rain or snow. It gives a visual indication that you’re close to the limit of grip. If it’s on constantly, it usually means it’s deactivated – either by a fault or by you switching the system off. If it’s the former, you’ll need to get the system checked, if it’s the latter, you should switch the system back on. 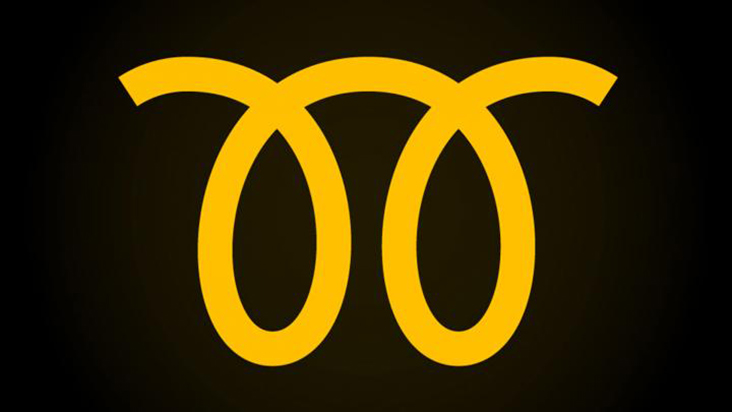 Unlike petrol cars, diesel-powered vehicles don’t need a spark to make the air/fuel mixture go ‘bang’ and get the whole engine running. Instead, they use compression and temperature to induce combustion in the mixture. Parts called ‘glow plugs’ are used to turn up the heat and the above symbol indicates that something’s wrong with the plugs themselves or the systems and computers that control them. You may not notice anything wrong at first, but issues with glow plugs can induce early and/or late combustion (known as ‘knocking’) that’ll make your engine sound a bit rough and not run as smoothly or efficiently as it should. 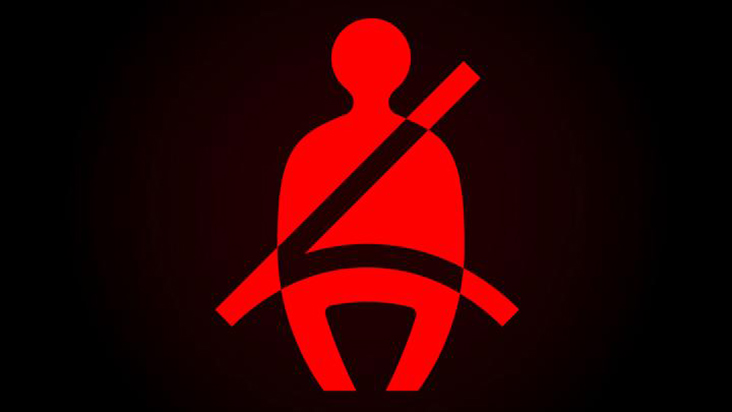 These days, the vast majority of new cars come with a system to let you know if any of your passengers haven’t got their seatbelts fastened. There’ll usually be a light – as above – to tell you if this is the case. Cars use pressure sensors in the seats and sensors in the seatbelts – so if there’s a certain amount of weight on a seat and the seatbelt isn’t secured, it’ll let you know. These warnings may be accompanied by a noise, too. 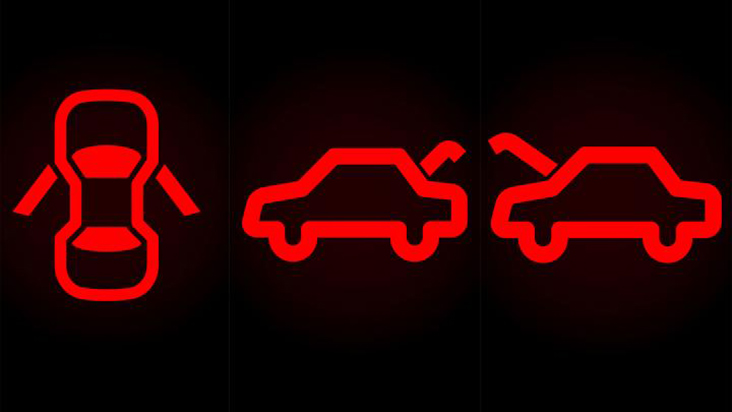 Like the seatbelt light, these lights don’t usually mean that there’s anything physically wrong with the car (unless the sensor that sends the signal to the light is itself faulty). Instead, they tell you that one of the openings – be it a door, boot or bonnet – is open. This is often obvious if, for example, you’re putting the weekly shop into the boot or securing your children in the back seats. But these lights also tell you if a door, boot or bonnet hasn’t been shut properly and is only loosely closed, so they can be very useful.

This article was written by James Richardson from Car Buyer and was legally licensed through the NewsCred publisher network.

If you are a Motability Scheme customer and unsure about any warning lights in your car, always contact your managing dealer for advice as soon as possible. Reporting a car fault to a dealer or workshop