Summer is here, and the weather is (hopefully) starting to get warmer, so it’s time to think about using air-conditioning to keep cool on the road. This article from Auto Express shows the differences between the various types of climate control air-conditioning systems, which might get you thinking about some of the things you’ll consider when looking for your next Motability Scheme car.

It’s become a vital addition to any car, but what exactly is climate control? Well, it’s an advanced form of air conditioning, one that allows for greater control of your car’s cabin temperature in any weather conditions.

Air conditioning itself has become standard equipment on nearly every new car on sale today. But the more you pay for a car, the more likely it is to have an air conditioning system that allows you to tailor the car’s cabin temperature to your needs. Climate control does exactly as it says, because it allows you to control the climate of your car, no matter what the conditions are outside.

Air conditioning first appeared in the 1930s in the US on cars built by Packard, although the unit it used was fitted after the car was built, so it took up boot space, had unreliable plumbing and was expensive to install. More successful was Chrysler’s Airtemp air conditioning, which appeared in the 1950s, while US firm Nash introduced its own more reliable system in the same decade.

Browse the cars available on the Motability Scheme

Air conditioning was a popular addition to cars in the US, but it took a little longer for it to gain a foothold in Europe. Having picked it up, however, European car makers have developed it so that drivers have more control over the cabin temperature than ever before.

This is the most basic form of HVAC that’s on offer in a car. You’ll find it on the most basic cars on sale, and it simply uses a control on the dashboard to warm the air coming into the car. This is heated by using engine heat as well as a heater element in the engine bay that warms air as it passes through. 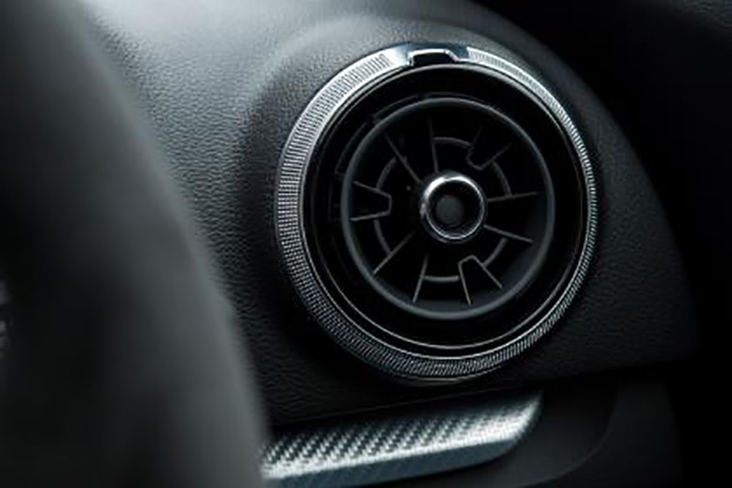 This basic system is good at warming passengers when it’s cold outside, but offers no respite when the weather is warm, as it doesn’t cool air coming into the car. If you want the cabin to cool down, the only option is to open a window.

This is pretty much standard fitment on every new car sold in the UK. Operated by an AC button on the dashboard, the air conditioning system is able to heat or cool air flowing into the car.

Warm temperatures are controlled as they are in a standard car heater, but to cool the air, the car is fitted with an additional compressor under the bonnet that directs air to a condenser. This then charges the air with refrigerant to cool it down, and the air is then sent through the air vents in its chilled state. Like a heater system, there’s a control to set how hot or cold you want the cabin, while a separate AC button allows you to activate and deactivate the air conditioning independently.

One obvious clue that the AC button has been pressed will be a change in engine note from your car when it’s idling. The system runs off the car engine, and when it’s activated, there will be a slight drop in revs (especially in cars with small engines) as the system takes power from the engine, usually around 4bhp, to operate. You will also notice your car returning poorer fuel consumption figures, although tests have shown that this drop in economy is no worse than that caused by the extra drag of driving with the windows wound down. If it’s warm, then AC is ideal to keep your cabin cool so you can keep concentrating on driving. 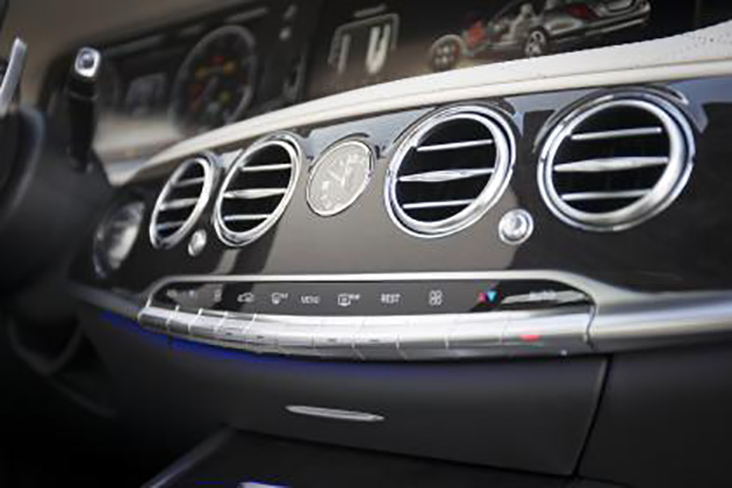 As well as cooling the air in the cabin, another advantage of an AC system is that it can remove condensation from the air coming into the car when it’s raining or cold outside, thus reducing the risk of your windows steaming up when temperatures drop.

One issue with air conditioning is that the refrigerant that cools the air can lose its effectiveness over time. This can cause the system to pump out condensation into the car and make the windows steam up. If this happens, then you need to regas your AC system, which can be done as part of a car’s service by a dealer, by your local Kwik Fit or an independent garage.

The major difference between air conditioning and climate control is that the latter allows the occupants to set a desired temperature, and the system automatically maintains that temperature as the conditions outside the car change.

Rather than having a controller that sets a vague temperature setting, a climate control system will allow you to set a specific temperature. They will sometimes be in half-degree increments, ranging from around 16 degrees to 30 degrees Centigrade. Most cars have a Max setting, too, which will automatically put the heater on full blast, usually so that the car’s windscreen and windows can be cleared as quickly as possible with temperature-controlled air. 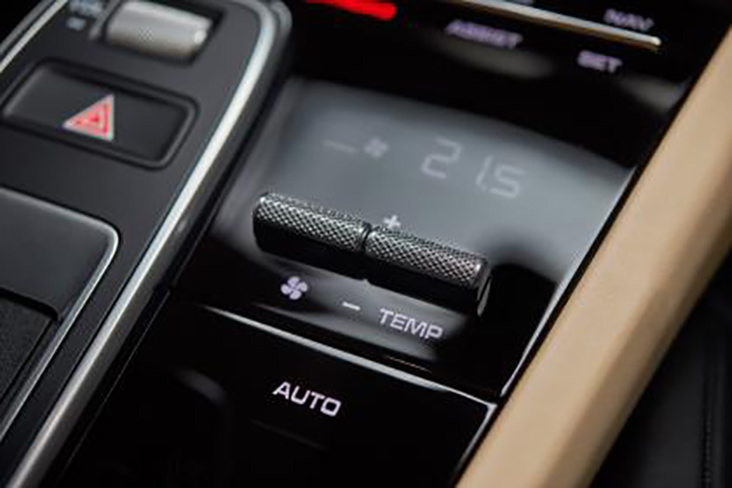 Another key difference between air-con and climate control is that the latter is likely to have an Auto setting. While the usual controls that allow you to guide air to your feet, body or head are present – as well as a button that allows you to choose between fresh air or recirculated cabin air – the Auto button does exactly as it says, by automatically regulating air flow around the car to maintain the desired temperature.

While climate control is a catch-all name for this type of HVAC system, there are a variety of different types on offer above and beyond the standard cabin climate control system…

As you’d expect, this adds a third zone that has its own temperature control. In this instance, there are still two zones in the front of the car that are divided to the left and right, but the third zone is in the rear seating area. Back seat occupants will have their own air vents and a temperature setting to play with, but who gets control of that is open season. Which is where the following comes in…

If you drive a plug-in hybrid or electric car, then you’re likely to be aware of cabin pre-heating. This is also available as an option on some upmarket petrol and diesel cars, and allows owners to warm or cool the cabin of the car before they climb on board.

As well as setting a temperature for the car’s cabin, pre-heating lets an owner set a time for when the cabin needs to be warmed up. It’s an added luxury on conventional cars, but on EVs and plug-in hybrids, it’s an essential way of saving battery charge for driving. It means the cabin is warmed or cooled and ready to go when using power from the mains, thus maximising the number of miles that the vehicle can travel on a full charge. Feeling the heat? Here’s how to keep your car cool