Speed limits are an important part of the UK’s road infrastructure. Forsome they are a crucial weapon in the quest for road safety, while others see them as a major source of frustration. But whatever your point of view, speed limits are a part of life, so Auto Express has compiled all the information you need to stay on the right side of the limit in the UK, no matter what vehicle you’re driving, or on what road.

Learning the various speed limits for the UK road network is part and parcel of passing your driving test. But after a few years on the road, it can be easy to forget exactly what the limits are, and changes to the maximum speeds aren’t necessarily given enough coverage so that everybody knows about the changes.

What’s more, if you’re driving a vehicle other than a conventional car, then the posted speed limit on the roadside may not apply to what you’re driving. These special speed limits can be hard to fathom, but will be lower than the posted maximum you see on road signs. They can vary depending on what type of vehicle you’re driving and when you add-in regional variations between England and Wales and Scotland, it’s easy to be confused by what speed limit applies to you. 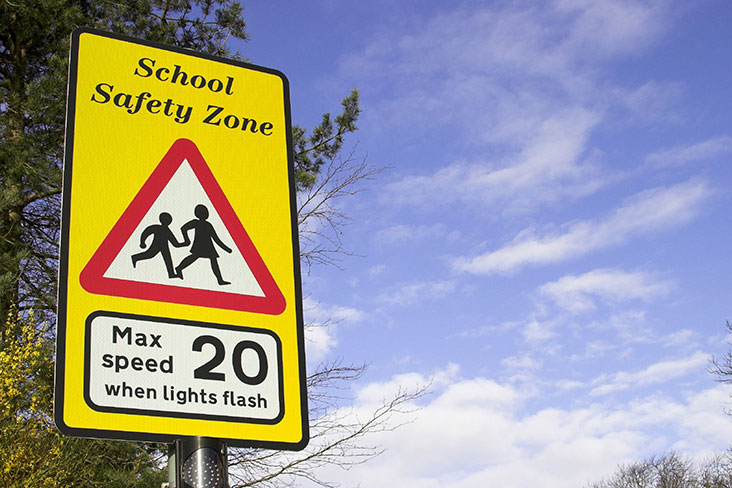 Below are the UK national speed limits as they currently stand. We’ve listed each type of vehicle class and the maximum speeds permitted on each type of road for that class.

UK speed limits for a car* with a trailer:

(*This includes motorbikes or vans towing a trailer)

UK speed limits for buses, coaches and minibuses up to 12 metres long and goods vehicles weighing up to 7.5 tonnes:

UK speed limits for goods vehicles over 7.5 tonnes in England and Wales:

UK speed limits for goods vehicles over 7.5 tonnes in Scotland:

What are restricted roads, motorways and dual carriageways?

A restricted road is another name for roads in built up areas and it can be difficult to quickly determine what the speed limit is when driving on them. A good rule of thumb to follow is that if a road has houses and street lights on it, then the speed limit is 30mph, unless stated otherwise. If the speed limit is higher, then standard speed limit signs will announce the start of the zone, and smaller repeater signs will be placed at regular intervals within it.

A single carriageway is a standard road without a physical divider separating oncoming traffic, and can have anything from one lane with passing places to five lanes with a tidal flow for the centre lane to cope with the flow of traffic.

Dual carriageways use a divider – and in rare circumstances they can have single lanes in both directions – while motorways are an evolution of that, with restrictions on the type of vehicles that can use them. 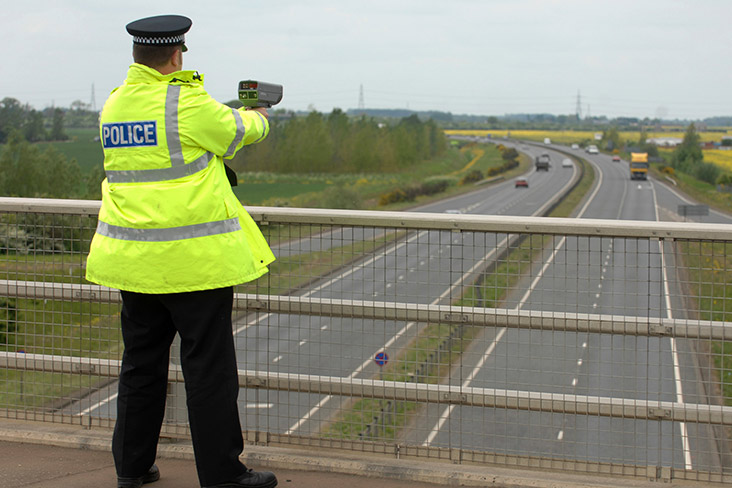 These different speed limits are only ever lowered in increments of 10mph, and when they’re 50mph or lower, there are no reduced limits for different classes of vehicle – the speed limit you see posted is the one you must not exceed.

On rare occasions, you may see a round, blue road sign with a number in it. This is the minimum speed limit posted for a road. These limits are usually found in tunnels, where stationary or slow-moving traffic can be considered a hazard to the free-flow of traffic through a tunnel.

While goods vehicles, buses, coaches and minibuses have different limits to adhere to, many of these are becoming redundant because new commercial vehicles in certain classes now have to have a speed limiter fitted as standard. Below is a list of the classes that require speed limiters, and the maximum speed they must be set to.

You may see a van or other service vehicle with a sticker on the back proclaiming the vehicle is limited to a certain speed. These vehicles have been fitted with a speed limiter voluntarily, so that the fleet operators can help to keep costs in check.

At the dawn of the motor vehicle, towards the end of the 19th Century, the first ‘horseless carriages’ were considered as self-propelled locomotives – much like the large, heavy traction engines that started to appear in the 1850s. Pedestrians, cyclists and horses dominated the highways in those days, and these new ‘locomotives’ had to stick to already established speed limits for traction engines, so they didn’t pose a threat to other road users.

That meant cars were restricted to 10mph by an 1860 law, although this dropped to 4mph in the country and 2mph in town with the introduction of the 1865 Red Flag Act. Of course, the Red Flag Act also indicated that all vehicles should be escorted by a person walking 50 metres ahead to warn other road users. Another act in 1878 saw the flag removed and the escort moved to only 20 metres ahead, but it wasn’t until 1896 that this requirement was lifted. This landmark in car history is celebrated to this day by the London-Brighton veteran car run. 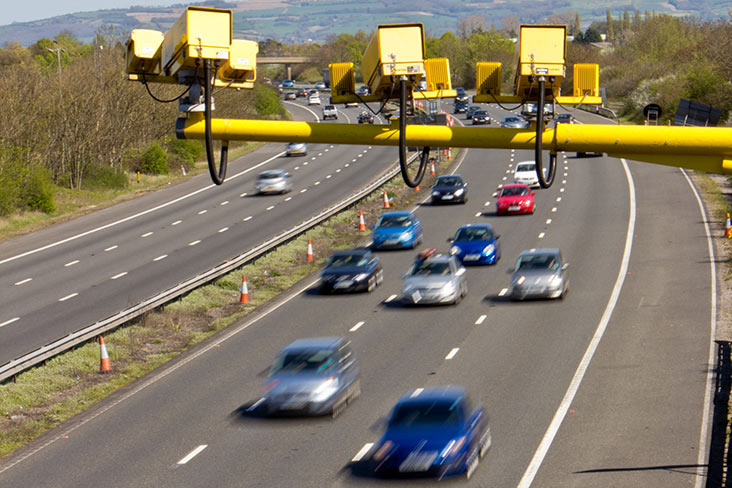 The limit was raised to 14mph with this act, and then it was raised again in 1903 to 20mph. Then on 1 January 1931, speed limits were abolished completely. The government of the time deemed that the limit was held in such low regard that it wasn’t worth bothering with, especially as many cars of the time didn’t come with a working speedometer.

Some semblance of order was restored in 1934, when Minister of Transport Leslie Hore-Belisha (the beacon man) introduced a trial 30mph limit for built up areas, the definition of which was anywhere with street lighting.

Speedometers were made compulsory on cars from 1937, while the outbreak of World War 2 saw a 20mph limit introduced at night, to help reduce casualties during the blackouts.

In December 1973, the oil crisis saw the national speed limit temporarily dropped to 50mph to save fuel, and while lower limits were in place for a couple of years, the standard limits were back in place by 1977. The 1984 Road Traffic Act is the legislation that currently enforces all speed limits, while the last set of changes in regulation occurred in 2015, when the limits for large HGVs on single and dual carriageways were raised to 50mph and 60mph respectively.

Speed limit enforcement is carried out by the police and fixed speed cameras, both of which can issue penalties for speeding, while local speed watch groups and vehicle activated signs are passive speed awareness devices.

Below is a list of speed limits and the kind of penalty you can expect, depending on how much faster than the posted maximum you have gone:

If you earn more than six penalty points within 24 months of passing your test, your licence will be revoked.

Driving Economically: How To Save Fuel