In this article we find out more about Cara Readle: Motability Scheme customer, television actress and cerebral palsy advocate.

Cara Readle is one of the stars of our first-ever national television advert and as part of our Everyday Freedom campaign will be on a screen near you for the next few weeks. But this isn’t the first time she’s appeared on the small screen, far from it. She has an impressive acting CV and those of a certain age might recognise Cara from the popular early noughties children’s television show, The Story of Tracy Beaker.

Cara grew up in Mumbles, a village on the western edge of Swansea Bay on the southern coast of Wales. Despite the challenges of cerebral palsy, her mum was keen that she had a mainstream education and so she went to the local village school with her sister. This is where her love for acting and being in the limelight was ignited. At the age of 12 she caught the acting bug and Cara was always one of the first to volunteer to be in plays and fashion shows at school. 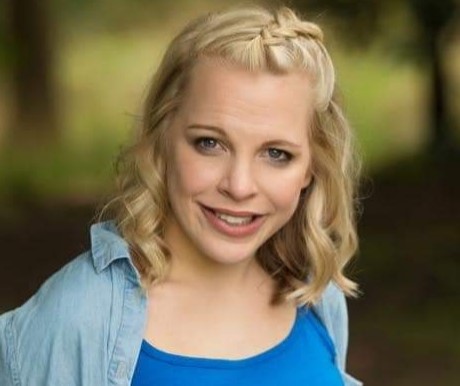 At just 12-years-old, Cara heard there was an audition in Cardiff and that the role they were casting was for a child with a disability. She got the part! Her big break, from 2003 to 2005 Cara played Layla in The Story of Tracy Beaker for the next three seasons of the TV adaptation of the classic Jacqueline Wilson novels. On playing the role, Cara says,

“Tracey Beaker was an excellent start to my career and I still get recognised a lot as a result of it! We were very much like a family on set, all the children growing up together, so I was sad to see the series end”.

After the show ended, Cara realised the tough realities of breaking into the entertainment industry and found it hard to find an agent. In 2009 she auditioned for a BBC Scotland drama and secured her first lead role in Zig Zag Love, alongside Robert Carlisle. This was the catalyst her career needed, it was a great addition for her showreel, and it got her an agent as well as a part in an episode of Casualty. As a huge fan of the long-running medical drama, Cara was thrilled to have a role in such an iconic British television show. She said, “I have always watched Casualty, so getting to play a patient in the drama was so exciting. I couldn’t believe it when they phoned me up and asked me to play Serena, I hadn’t even auditioned for it!”.

How the Motability Scheme helps

Cara’s Motability Scheme car enables her to get to auditions, rehearsals and shoots with ease. The role she is most proud of in her career so far is her part in Baker Boys for BBC Wales in 2011. The drama series charts the lives of a tight-knit community in a small South Wales town, but importantly for Cara, the role wasn’t specifically written for an actor with a disability. She says, “I absolutely love my home of South Wales, so I was over the moon to be asked to play a role based here. Also, as this role was not originally intended for someone with a disability, I felt proud that it proved my capability in presenting other character traits outside of my condition”.

This spring Cara stars in our Everyday Freedom advert, running across the country. Her agent spotted the audition and Cara was a perfect fit. As a Scheme customer it sparked her interest…but the fact that she had to sing had her incredibly nervous at first. She sent a self-recorded audition and said,

“I’m not a natural singer, I only ever really sing to myself, so I had to record the piece at least 20 times before I got one I was happy with. But I love that the singing in the advert isn’t perfect, that’s what makes it! It’s so uplifting, it really makes me happy when I see it”.

Insurance for up to three named drivers, maintenance and breakdown cover is already included in the price you pay. The Motability Scheme specialist at your choice of dealership will take care of any paperwork and place the order for you, and you’re supported by the Scheme throughout the lease.

Topics:
Stories Scheme testimonials inspiration
Get the latest news straight to your inbox

Returning to the Everyday Freedoms of life after shielding