Have you ever wondered what biofuels are? Made from renewable sources of carbon that have been harvested recently, Biofuel can act as a substitute for fuels like petroleum, propane, coal and gas. Read this article from Auto Express for more.

Anyone paying close attention to the signage at UK filling stations will know that biofuels are already part of everyday motoring: all petrol and diesel sold here must contain a certain percentage of biofuel in order to reduce CO2 emissions and improve combustion performance.

Petrol contains up to five per cent bioethanol, and as such has been labelled E5 since 2019. E10 – a ten per cent ethanol mix – is set to become the standard later in 2021, despite warnings that tens of thousands of older vehicles won’t be able to run on it safely.

Meanwhile, diesel sold in the UK contains up to seven per cent biodiesel. It’s marked as B7 across all forecourts in the country.

Given that the Government intends to ban the sale of petrol and diesel vehicles by 2030, many have wondered if cleaner biofuels could replace fossil fuels altogether in the future. In order to answer this question, we need to dig a little deeper into what biofuels are, how they’re made, and what the pros and cons of using them are.

Unlike fossil fuels, which are the result of a process that takes millions of years, biofuels are made from renewable sources of carbon that have been harvested recently. So think along the lines of plants, trees, crops, grass or agricultural waste. 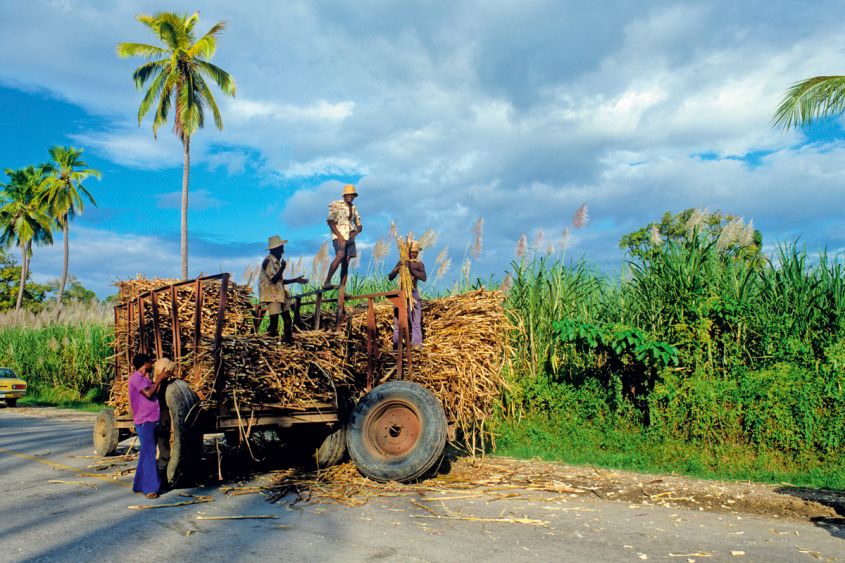 When burned, biofuels produce far less sulphur oxide, ozone and carbon monoxide, and while they still release carbon dioxide into the atmosphere, some people argue that this is offset by the CO2 absorbed as plant sources for the fuel are grown.

Biofuel can act as a substitute for fuels like petroleum, propane, coal and gas.

Did you know that you can search for an environmentally friendly vehicle on our Car Search?

Just tick the ‘eco-friendly’ check box to see the selected cars. This includes a mix of petrol, hybrid and fully electric vehicles, all of which produce CO2 emissions of less than 100g/km. You can also find out more about the different fuel options on the Motability Scheme by clicking the link below.

How are biofuels made?

There are two types of biofuel used in cars: bioethanol and biodiesel. Bioethanol is formed by breaking down the cells of living organisms into sugars, which are then fermented to produce ethanol; a type of alcohol. It can also be made by extracting starch from plants like maize and wheat, which in turn can be used to make sugar.

On their own, both bioethanol and biodiesel contain less energy per litre than pure petrol or diesel, although when mixed together they improve combustion performance and reduce emissions of harmful gases like carbon monoxide and sulphur oxide.

Are there drawbacks to using biofuels?

While there are obvious advantages to using biofuels, there are a handful of disadvantages too. First and foremost of these is that they still produce CO2 when burned, which leads to greater amounts of greenhouse gas in the atmosphere. A certain amount of this is offset by the fact that the plants used to make the fuel in the first place absorb CO2 as they’re grown.

However, some people claim that the extra energy that goes into producing biomass (such as ploughing fields and spreading fertilizer) means they produce more CO2 than fossil fuels do already.

Then there’s the threat to food production to consider. Every acre of land that’s used to make biofuels is land that isn’t being used to grow crops to keep the population fed. In some places, this has led to food becoming more expensive too. The environmental impact of forests being cleared for farmland that may be used to grow plants for fuel is a further downside.

Do biofuels have a future?

It seems unlikely that biofuels will ever be a direct replacement for petrol and diesel, although that isn’t to say that they won’t play their part over the coming years. The Government wants the country to be completely carbon neutral by 2050, with hybrid and electric cars key to eradicating tailpipe emissions on our roads. Biofuels could help reduce our carbon footprint in the meantime.

Elsewhere, Formula 1 – which introduced cutting-edge hybrid engines in 2014 – is researching “100% sustainable fuel” to be used in grands prix in the second half of the decade. The first barrels of its bio-waste derived fuel have already been delivered to the main engine suppliers in order to demonstrate that the technology can work when the next engine formula is eventually introduced.

A more promising avenue than Biofuels could be synthetic fuels or efuels. Petrol and diesel are known as ‘hydrocarbons’ because they’re made up of hydrogen and carbon atoms derived from oil. In contrast, eFuels get their hydrogen from water and carbon from the air, combining them in a structure similar to petrol and diesel. Synthetic fuels can be created with renewable energy, and carbon captured by their creation can offset the CO2 emissions when they are burned. It’s thought that eFuels could have potential as a way of storing energy generated by renewable sources during times of low demand.

Search our full range of vehicles

You can search the full range of cars on the Motability Scheme using our Car Search Tool. If you are already a customer, you can find out more about the process of getting your next car and see a month-by-month breakdown of the process leading up to the day of collection.

The Motability Scheme allows you to exchange all or part of your mobility allowance for leasing a car, scooter or powered wheelchair. For more information about joining the Scheme and possibly leasing one of the vehicles in this article, use our eligibility checker and request a free information pack.

This article was from Auto Express and was legally licensed through the Industry Dive publisher network. Please direct all licensing questions to legal@industrydive.com.

Challenges to the motoring world in 2021

Topics:
Carspetrol&dieseleco-friendly
Get the latest news straight to your inbox The 2030 fossil fuel car ban and what it means Euro 6 emissions standards: what do they mean for you?