From difficulties booking tickets to physically getting into venues and unexpected strobe lights, attending a gig can often seem like too much of a challenge if you have a disability. The good news is, according to disability-led charity Attitude is Everything (AIE), access at British music venues is improving every year and many venues now offer outstanding facilities. In this article Ros Walford, from Rough Guides, picks a selection of the best locations that go the extra mile, each checked in person by an AIE mystery shopper.

Brighton Centre is a huge entertainment and conference venue in a Brutalist building, opened on Brighton seafront in 1977. The concert hall has hosted a stellar line-up of rock and pop acts over the years – including Bing Crosby’s final performance, and shows by The Jam, Wham!, Kylie Minogue and the Prodigy – as well as classical concerts, comedy and theatre. The online access statement covers all bases, including details on early entrance and a video that shows how to get around the venue. 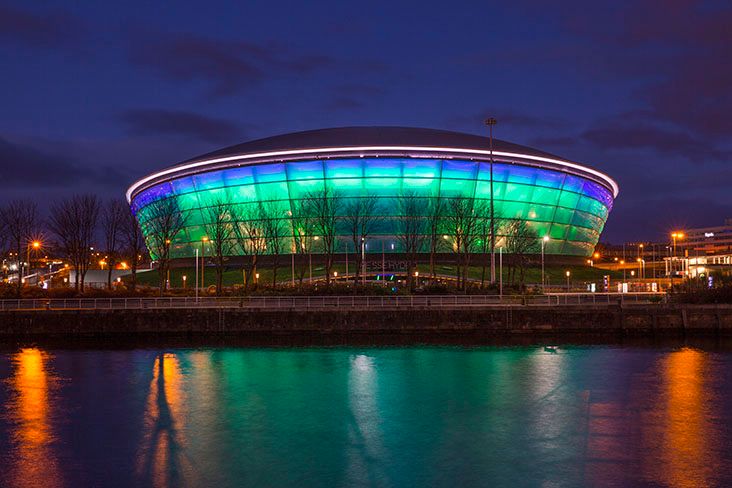 With three major venues, including the world-class SSE Hydro arena and the Foster-designed SEC Armadillo, Glasgow’s Scottish Event Campus delivers both astonishing architecture and huge international acts, from Beyoncé to Take That. Every element has been purposely designed for easy access and stewards are on hand to help. There are induction loops and the website includes a useful map showing distances around the venues.

The wonderful Sage Gateshead is another architectural gem from Foster + Partners. The music centre is home to the Royal Northern Sinfonia and hosts regional, international and emerging artists in three large venues. There are more than 400 concerts per year plus music workshops and classes. The Folkworks programme celebrates folk and traditional music and dance. Visitors can sign up to the Access Register. The website also has a handy virtual tour so you can look around the venue before you arrive. 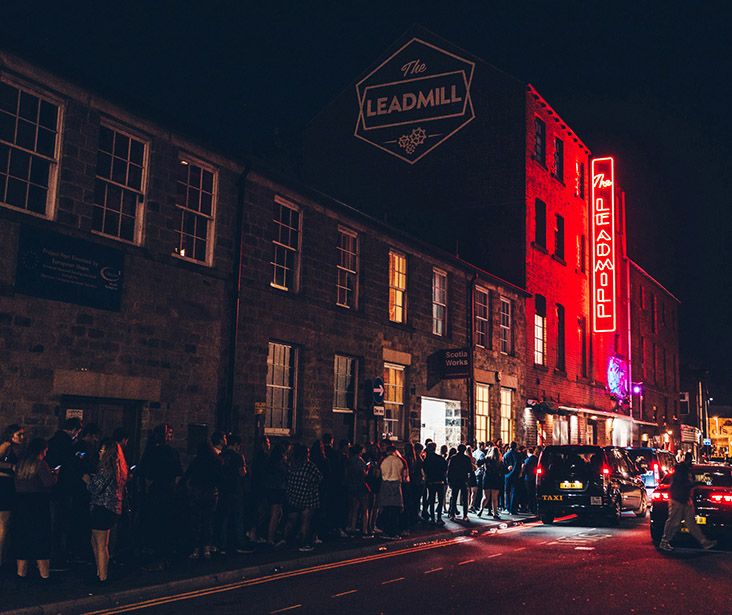 The legendary Leadmill is Sheffield’s longest-running music venue and nightclub. Countless rock bands have played in this converted flourmill since it opened as a concert venue in 1980, including Oasis, Pulp, Arctic Monkeys, the Killers and the Stone Roses. Its ground floor location means access is a breeze, and you can get priority entry and personal assistant tickets if you apply in advance.

Since the Brudenell opened as a working men’s club in 1913, this award-winning venue has been the centrepiece of the Leeds social scene. From the 1970s, the 400-capacity hall has hosted numerous indie and rock bands, including secret gigs by Franz Ferdinand and The Kaiser Chiefs. The down-to-earth establishment is now a not-for-profit venue, owned and run by its members, that’s serves craft ales and pies and includes a pool hall. The access guide has a complete run down of the club’s facilities, including step-free access, PA tickets and medication refrigeration. 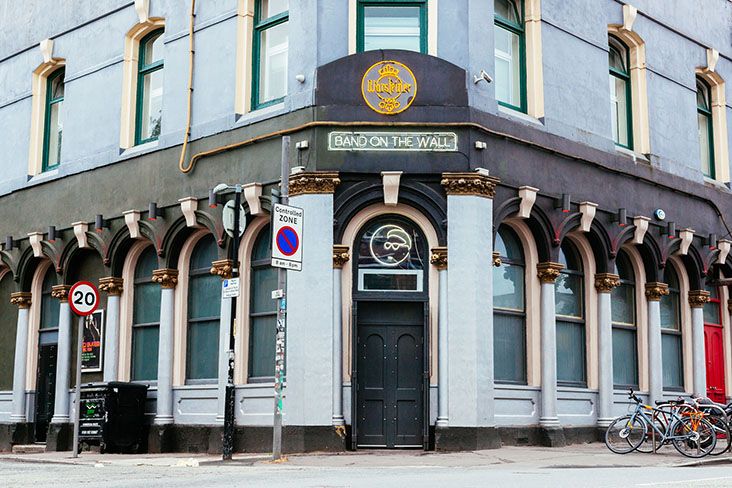 © John-Paul Brown, All Rights Reserved Band on the Wall

Band on the Wall, Manchester

This rock institution in Manchester’s Northern Quarter started out almost a century ago as the George & Dragon pub, with a house jazz band. Later, it was at the heart of the 1970’s post-punk scene, with early gigs from Joy Division and the Buzzcocks, and it’s now a multi-award-winning venue. In 2009, the venue reopened after a refurbishment project that transformed the Victorian building into an accessible space. The access guide includes a target=”_blank” rel=”noopener”Youtube video that shows the flat route from Piccadilly train station to the venue.

This atmospheric arts space has been at the forefront of the city’s music scene through incarnations as Taylor John’s and the Tin Angel, and is now a thriving venue for local and international acts. Since 2013, this former coal storage building in Coventry’s Canal Basin has been run by the charity The Tin Music and Arts. There’s step-free access into the venue, a ramped bar area and viewing platform. 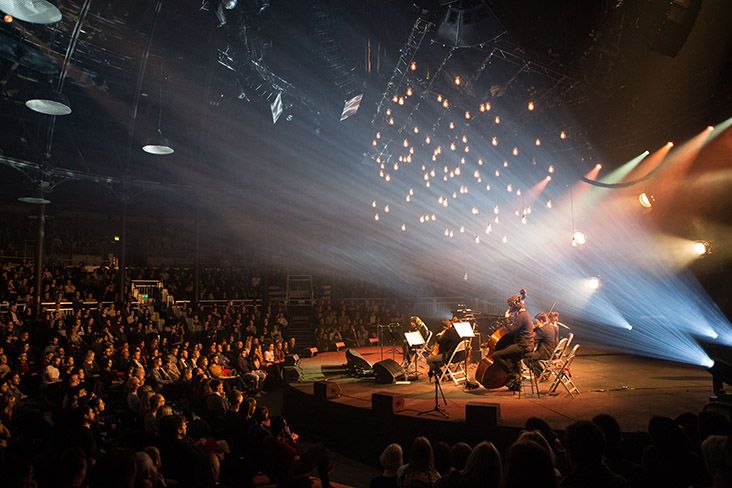 The historic Roundhouse in Camden is one of the UK’s most extraordinary places to enjoy live music. Housed in a former railway engine repair shed, it opened as a concert venue in 1966 and soon became a focal point for London’s counter culture. Many of the greatest rock bands and artists have played here, including Jimi Hendrix, The Who and Pink Floyd in the 1960s and post-punk groups during the 1970s, such as The Ramones, Blondie and The Clash. More recent years have seen a vast range of shows, including high-wire circus, dance and spoken word, as well as theatre. The access guide is exceptionally thorough. The building has flat walkways throughout and there are relaxed performances for some shows. 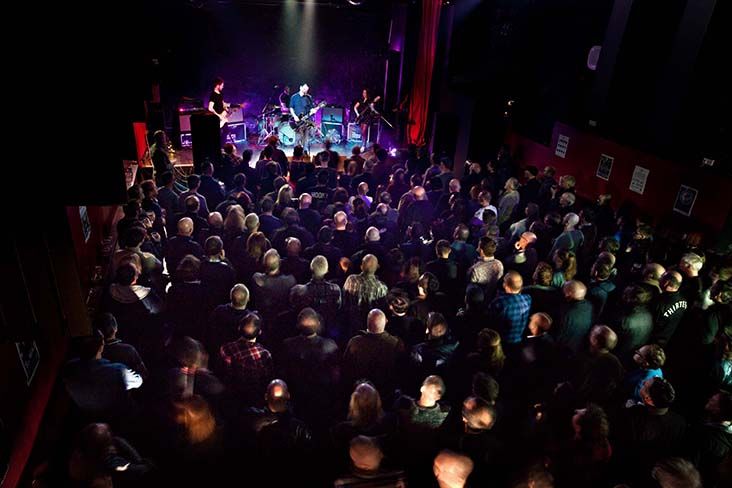 The Georgian Theatre, occupying a restored 1766 building, was once a theatre, then a Salvation Army centre and later a sweet factory. It is now one of the northeast’s best independent music venues, run by Tees Music Alliance. An eclectic array of famous names have performed here, including the Arctic Monkeys and Martha Reeves & The Vandellas, but the emphasis is on nurturing local artists. Access at the 300-capacity renovated building is excellent, with lift access, a lowered bar and a quiet space during noisy shows.

Over the years, the former Devonshire Hall has been home to a music hall, a snooker hall, a paint factory, shops and finally More Music, a music and education charity that took over in 1996. The Arts Council-funded initiative runs a programme of community music, with a broad range of events, including gigs by local choirs, classical concerts and folk groups, alongside music workshops, festivals and family shows. The refurbished building is fully accessible, and assistance can be provided when queuing.

You can find more than 125 outstanding places to enjoy music on the Attitude is Everything charter.

For more great places to visit around the UK, download a copy of The Rough Guide to Accessible Britain.

Band on the Wall: © John-Paul Brown, All Rights Reserved

The best accessible gardens to visit in summer 2019

The best accessible art and sculpture around the UK

9 of the best summer festivals around the UK 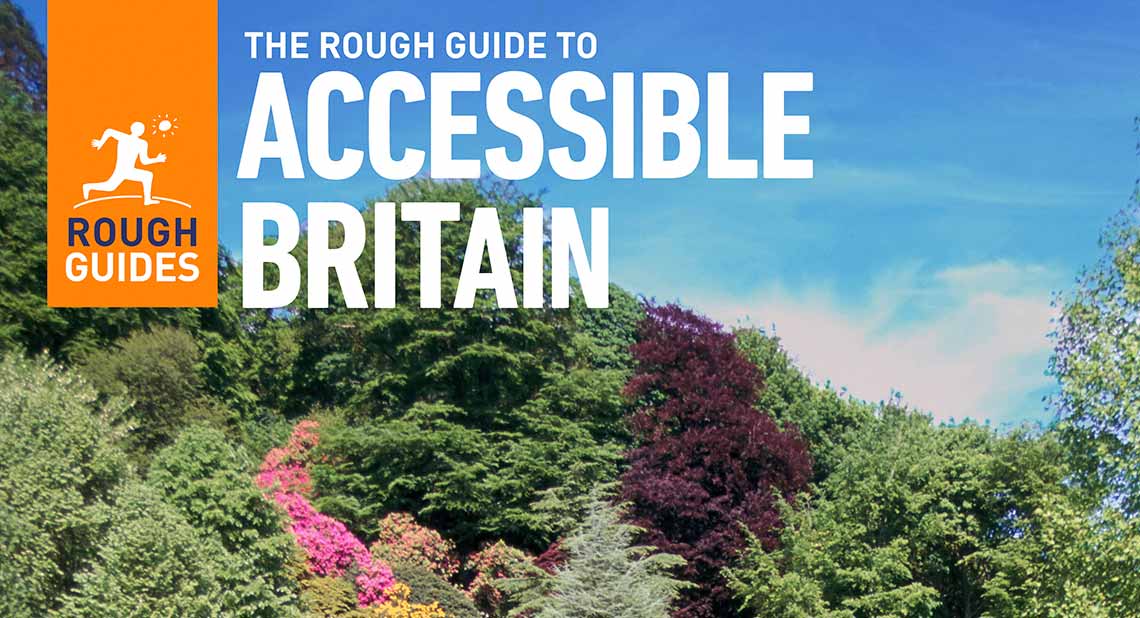