Remembrance Day is approaching, and Britain has plenty of poignant and accessible sites where you can mark the day and pay your respects. From military museums to emotive memorials, Rough Guides author Jacqui Agate picks eight of the best spots around the country. 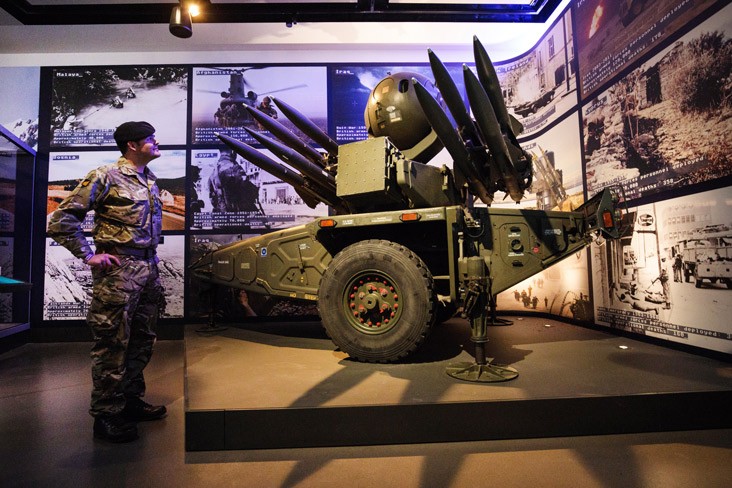 The National Army Museum chronicles the history of the British military in moving detail, from its relationship with international allies and foes over the years, to the daily life of a soldier. Pore over the many displays or book an event: you can choose between historical talks, family-friendly workshops or thought-provoking film screenings.

The main entrance is wheelchair accessible, and there are fixed seats dotted throughout the exhibition space. Where there are audio displays, there’s also an induction loop to aid those with hearing impairments. 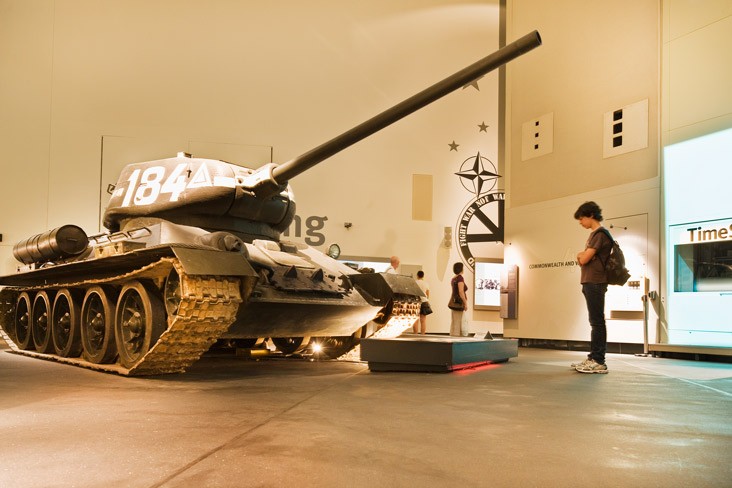 The imposing Imperial War Museum North building is a sight in itself: with shards jutting out in all directions, the structure is intended to resemble the pieces of a shattered globe. Inside you’ll find an impressive series of displays dedicated to wars around the world and its devastating impact.

The main exhibition space holds some 2,000 artefacts relating to conflict, including a remnant of New York City’s fated Twin Towers, plus artworks inspired by the theme of war. Be sure to seek out the “Big Picture Show”: in an immersive filmic display, moving footage is projected onto the towering museum walls.

There are manual wheelchairs available for use free of charge; lift access across the venue; accessible parking; and disabled toilets on the ground floor. Staff are also trained in disability awareness and should be on hand to offer appropriate assistance if needed. 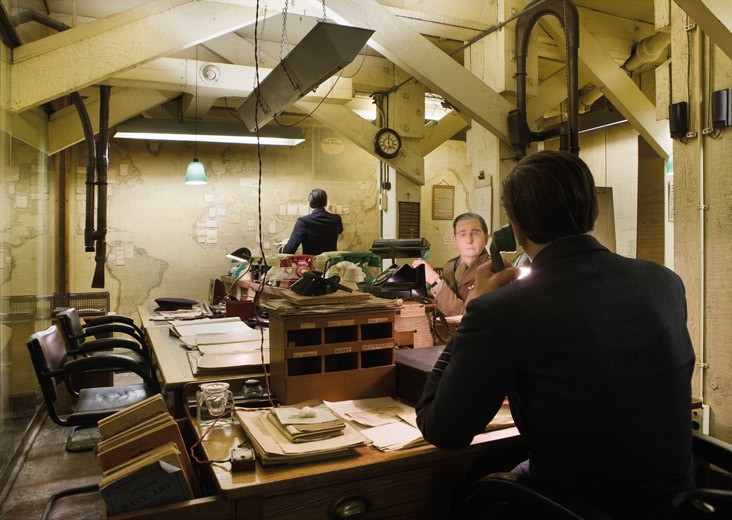 One of the most atmospheric war museums in the capital, this underground bunker sheltered Prime Minister Winston Churchill throughout World War II. Churchill and his cabinet used these subterranean tunnels and rooms to strategise during the conflict. You can explore the preserved bunker and learn about the life of the late Prime Minister. There are also displays dedicated to the staff who worked alongside Churchill as he led Britain at war.

he entranceway on Birdcage Walk, close to St James’s Park, is accessible, and there’s a lift down to the museum’s underground reaches. For those with hearing impairments, tailored earpieces are available for use with the audio guide.

Edinburgh’s looming castle holds all manner of attractions; the National War Museum and the Scottish National War Memorial are among the most absorbing. The museum, housed in a former artillery storehouse dating from the 18th century, documents the history of the Scottish army. Discover artefacts ranging from military uniforms to medals and weaponry, and take in the emotive war-era paintings on display.

Beyond the museum, you can explore the impressive Scottish National War Memorial. A sprawling site in the centre of the castle, it holds more than 60 stirring artworks and a casket containing the “Rolls of Honour”: a list of Scotland’s war dead.

Admission to the castle (which includes entrance to the museum and the memorial) is discounted for people with disabilities. Carers are granted free access, and there is designated blue-badge parking on the Castle Esplanade. There are also on-site vehicles that can transport those with physical disabilities to the museum and the memorial, both of which are accessible. 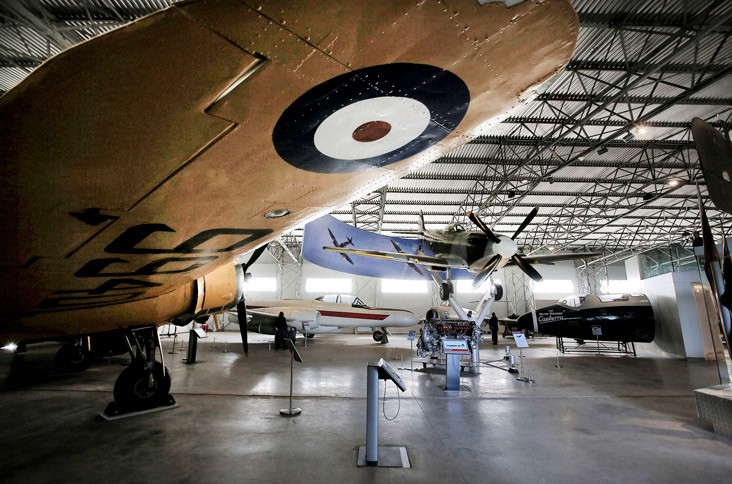 The Military Aviation Hangar at the National Museum of Flight

This flight-focused museum offers a fascinating insight into Scotland’s aviation history and was built on the site of a World War II airfield. A highlight is the mighty Military Aviation Hangar, which showcases aircrafts used in combat from World War I and beyond, and includes an iconic Spitfire. Galvanising displays, heavy with black and white photographs, also document the effect of war on troops and on communities.

Disabled parking is available right by the main hangar – the museum is wheelchair accessible, and most hangars have ramps. The site is large and so the Airfield Explorer land train is on hand to ferry less physically able guests between exhibitions.

This museum pays tribute to the Welsh infantry regiment, which dates back to 1689. The institution picks apart the history of the military unit, including the story of the bloody Anglo-Zulu War of 1879. Weaponry and medals are on display, and personal stories from individuals involved in conflicts across the centuries are shared.

The museum is accessible throughout and assistance dogs are permitted.

Built on a former training ground, the Somme Museum is dedicated to the role Ireland played in World War I, with particular emphasis on the deadly Battle of the Somme in 1916. You can drink in a series of heart-wrenching memorials, as well as preserved war-era artefacts and a sizeable oral archive. There are also themed events, with talks on everything from the navy to the role of women in the war, and you can soak up even more information on a guided tour.

The venue is accessible throughout and there is a wheelchair on hand. If you ring in advance, you can also book onto tailored tours, such as a “hands on” tour for those with visual impairments. 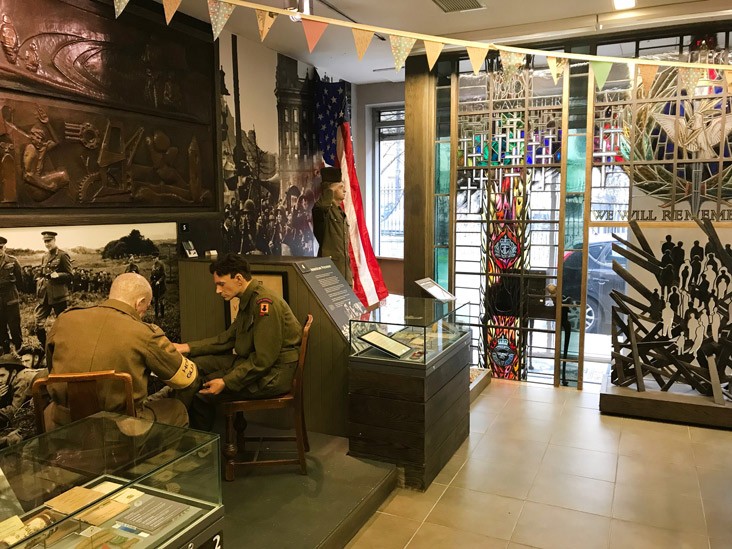 A sobering dose of history, this memorial takes the form of a thoughtful museum commemorating Ireland’s role in the two world wars. Among other things it tells the story of the devastating Belfast Blitz of World War II, which saw hundreds killed in a strategic bombing campaign by German forces. The names of the victims of this devastating blast are shown on a screen, while oil portraits and bronze sculptures augment the storytelling of this emotive museum.

Automatic doors and a level main entrance means the building is accessible to all. There are also audio descriptions of the displays available and those with visual impairments can arrange a touch tour.

6 Of the most accessible cities to visit in the UK 20 Things to do over the Easter weekend