With fully electric cars now outnumbering plug-in hybrids on the road, it’s clear that the shift towards zero-emissions motoring is well underway. Find out more in this article by Darren Cassey from PA Motoring.

A new milestone has been reached in the car industry’s switch to zero-emission motoring. The number of electric vehicles on UK roads has overtaken plug-in hybrid vehicles (PHEVs) for the first time following a surge in interest.

Analysis by recovery service the RAC found there are 332,299 electric vehicles on the road, compared with 327,183 PHEVs.

The news follows the highest single month for EV registrations in September, when 32,721 were sold. This is compared with 21,903 in the same month last year. 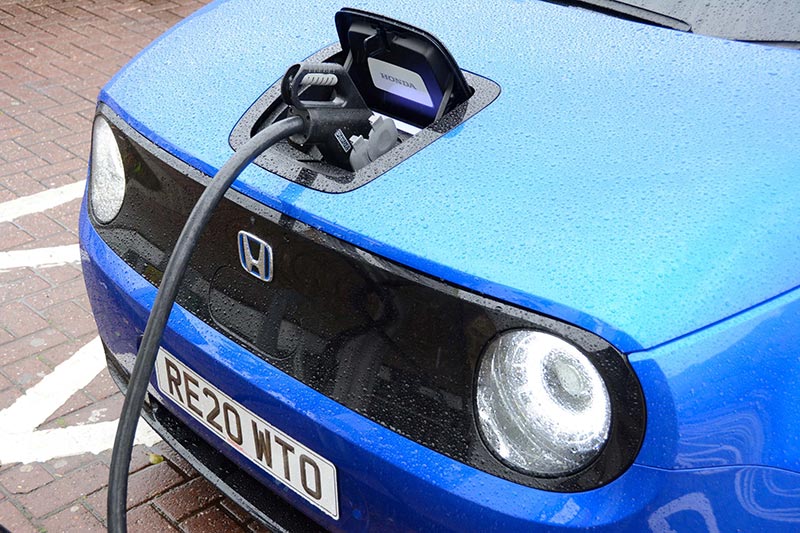 It marks an important milestone because plug-in hybrids have traditionally been considered a transition vehicle, providing the zero-emission-capable driving of electric with the reassurance of a petrol or diesel engine for longer journeys.

The fact these are now outnumbered by EVs shows there has been a major shift in attitude in favour of electric.

Electric vehicles still only represent 1% of vehicles on the road, but their growth has been huge in recent years. From 2018 to 2019, the number of new EVs more than doubled to over 37,000, then nearly tripled to about 108,000 the next year.

It is believed this year will see a new high of 175,000 sales, a number that would have been higher if the semiconductor chip crisis had not hit car sales so badly.

RAC director of EVs Sarah Winward-Kotecha said: “Against a backdrop of generally poor new car sales, September was a milestone month when it came to battery-electric models. Nearly as many were sold in one month as were sold throughout the whole of 2019, and the figures suggest they are now a more common sight on the UK’s roads than plug-in hybrids.

“Sales of electric cars have also eclipsed diesel sales by a huge margin with three battery-electric cars sold for every one new diesel car that went onto the road. This now looks like the end of the road for diesel as nearly 67,000 fewer diesel cars were registered this September than was the case in September 2019, representing an astonishing 86% drop in just two years.”

This article was written by Darren Cassey and PA Motoring Reporter from PA Motoring Service and was legally licensed through the Industry Dive publisher network. Please direct all licensing questions to legal@industrydive.com.

Read more about the types of cars available to lease through the Motability Scheme.

Watch our guide to electric and hybrid vehicle types.

Topics:
Cars electric Hybrid eco-friendly
Get the latest news straight to your inbox