Parking your car at the airport can sometimes be frustrating, especially during busy periods. Gatwick airport are trialling a robotic parking system that will park your car for you using a ramp – cutting down time spent getting from your car to the airport entrance and making the most of the limited space in the car park. This article from PA Motoring explains how it will work.

Heading to Gatwick Airport any time soon? A robot could be valet parking your car before your trip.

A trial set to begin in August will see a robotic valet parking system developed by Stanley Robotics take collection of a jetsetters car before taking it to a parking area. Having assessed the size and width of the car, the robot — code-named Stan — will be able to make the most of the available space to efficiently park the vehicle. Cars can be parked closer together as there’s no need to allow space for doors to open.

Stan won’t be getting behind the wheel of your motor, though. Instead, it lifts the vehicle up with a tow truck-style ramp to carry it off to its destination — while leaving the owner with the keys to the car. Stanley Robotics says there is zero risk of damage to vehicles with the system.

A three-month period has been proposed for the trial, which will take place within Zone B of Gatwick’s South Terminal Long Stay car park, before a decision will be made on using the technology on a wider scale. Lamp posts and 170 existing spaces will make way for a new robot-friendly surface, which will allow 270 cars to be parked by Stan. 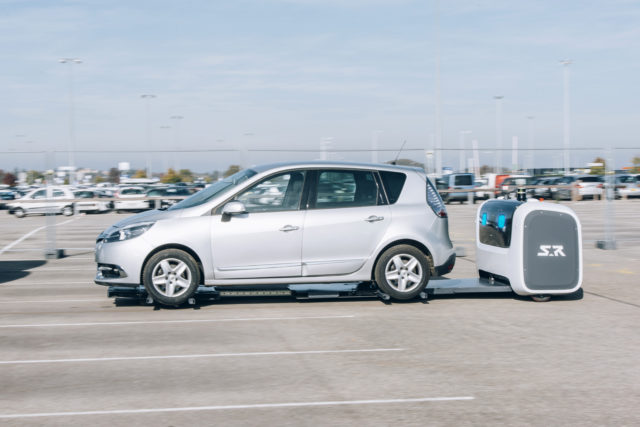 Gatwick is not the first airport to use this technology, though. Stanley Robotics’ system already has a presence at Lyon-Saint Exupéry Airport, where it debuted in 2017 and the firm also conducted a trial at Paris’ Charles de Gaulle Airport the same year.

How to plan an accessible holiday

Airport parking: top tips for keeping your car safe and getting a cheap deal