World Book Day is a UNESCO-designated annual celebration of authors, illustrators, books and, most importantly, reading. The charity is on a mission “to give every child and young person a book of their own.” This World Book Day (7 March 2019), show your appreciation of children’s books – and the people who create them – on a literary-themed trip. Rough Guides writer Emma Field has found six places in the UK where you can delve deeper into the lives of the characters you’d normally find in the pages of your favourite book. 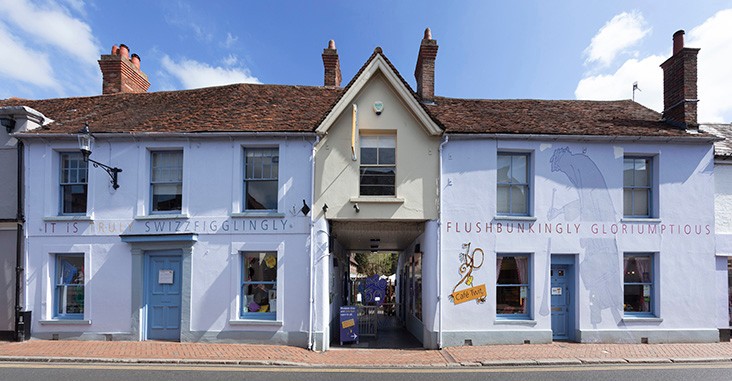 1. Immerse yourself in the wondercrump world of Roald Dahl

Fans of The Twits, Matilda, James and Danny – as well as the myriad other marvellous characters from Dahl’s inimitable imagination – should head to the fully accessible Road Dahl Museum and Story Centre in Buckinghamshire. Author Chloe Daykin will be running family workshops themed around her book, The Boy Who Hit Play. There will also be talks in Roald Dahl’s Writing Hut and guided visits to the archive (for 8+ year olds only).

Signly, an app that delivers signed content via visitor’s smartphones is installed throughout the museum.

2. Learn like the keenest dragon in school on a woodland walk

Zog is the latest creation from Julia Donaldson and Axel Scheffler to leap off the pages of their phenomenally successful books and straight onto Forestry Commission family walking trails across England.

Children can pick up an activity pack (£3) and learn their dragon lessons, just like Zog, along the self-led Zog Activity Trails installed at various Forestry Commission locations across England. Check each one for individual accessibility information. The trail at Cannock Chase, Staffordshire, for example, is along a mainly flat surfaced path suitable for wheelchairs; the trail at Dalby Forest, Yorkshire, is accessible but likely to become muddy in bad weather. 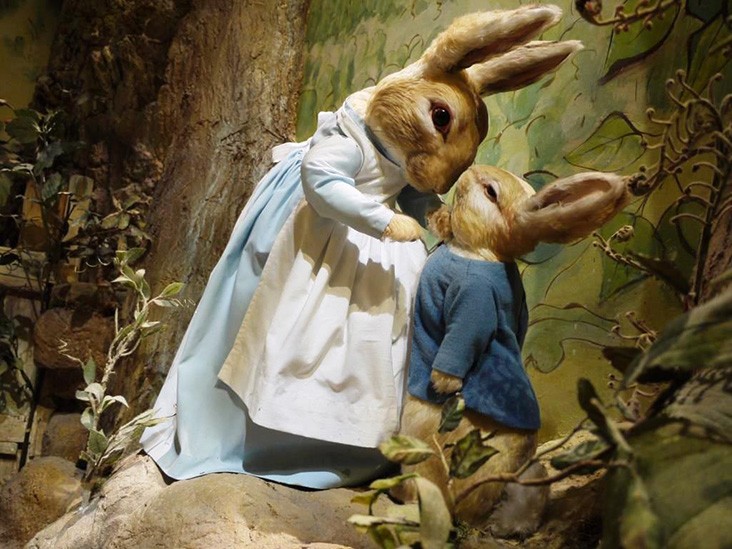 Tableau at the World of Beatrix Potter

You’ll need more than a day to visit all the Beatrix Potter attractions and trails in the Lakes. Follow the Beatrix Potter Trail around Brockhole’s beautiful grounds next to Windermere. While the visitor centre is wheelchair accessible, many of the paths in the gardens are steep; two mobility scooters are available to borrow.

The World of Beatrix Potter brings the author’s world to life through 3D recreations of scenes from the books. The attraction is up a steep hill so wheelchair access is difficult but once in, the building is fully accessible; touch tours are available for partially sighted or blind visitors (book well in advance).

Beatrix Potter Gallery and Hawkshead is home to a changing exhibition of original artworks by the author and artist; access to the 17th-century building isn’t easy but visitor seating is available in each room. 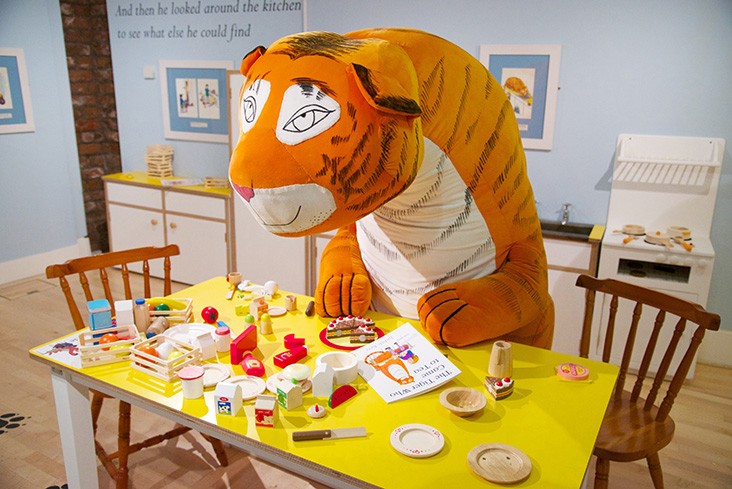 The Tiger Who Came to Tea interactive exhibit

4. Celebrate 50 years of Judith Kerr’s The Tiger Who Came to Tea

An exhibition of artwork from Judith Kerr’s classic is touring National Trust venues to mark the book’s 50th anniversary.

A life-sized tiger will take tea in the 1930s kitchen at the Blickling Estate, Norfolk (until Sunday 3 March), and tiny tigers will be hidden throughout the house; the ground floor is accessible via a ramped entrance and there’s a lift to the first floor. There’s a tiger-themed trail in the garden too; a map of an accessible route through the grounds is available.

Next, the tiger will knock on the door of Gunby Hall, Lincolnshire, where children can make tea for a giant cuddly tiger in an interactive kitchen (9 March–28 April). Entry to the house and to the exhibition in the basement is via steps; there’s a unisex accessible toilet in the courtyard; the ground-floor office can be used as a quiet room.

The exhibition was originated by the fully accessible Seven Stories, the National Centre for Children’s Books, Newcastle – another great place for a World Book Day trip. 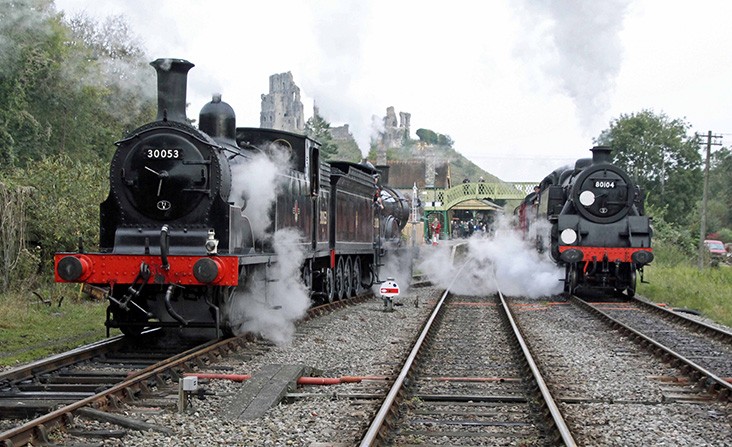 5. Go on an adventure with the Famous Five

Follow in the footsteps of Enid Blyton in Dorset. The author holidayed regularly in the county and it’s easy to spot the places she drew her inspiration from.

Ride on the heritage Swanage Railway, just like Blyton did. The six-mile route between Swanage and Norden takes in beautiful Purbeck countryside, including the romantic ruins of Corfe Castle – Blyton’s inspiration for Kirrin Castle. The castle is open to visitors, and you can break your train ride here, but bear in mind that the castle was built more than 1000 years ago – access can prove tricky. All station platforms have step-free access and most trains accommodate wheelchair users, although this can mean travelling in the Guard’s Van at times. 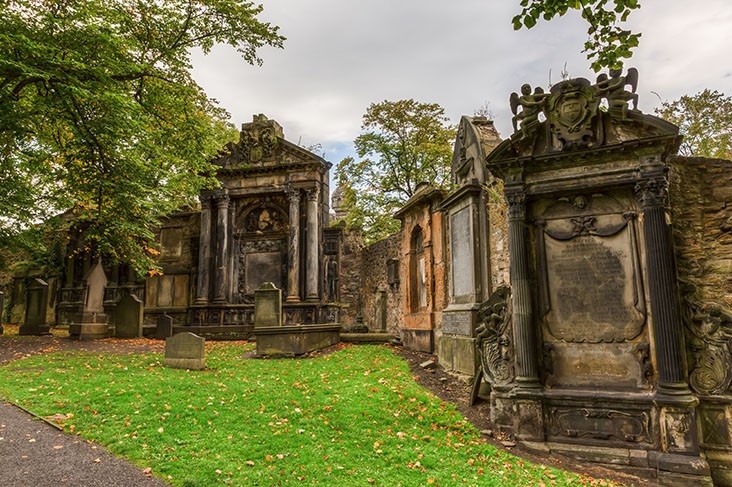 6. Track the journey of Harry Potter from inspiration to the big screen

Potterheads can see where JK Rowling first dreamt up the boy wizard in Edinburgh. Join a tour of Greyfriars Kirkyard – there’s one on World Book Day – and spot the names that inspired some of Rowling’s characters; Thomas Riddell Esquire, Elizabeth Moodie and William McGonagall might ring a bell! (The graveyard can get muddy and slippery so it’s not ideal for those with mobility difficulties.) Then, treat yourself to official Harry Potter memorabilia at Museum Context on Victoria Street – the street said to have inspired Diagon Alley.

If Edinburgh’s cobbled streets and old buildings are an obstacle, see how Rowling’s imagination was translated into the big screen at The Making of Harry Potter Studio Tour, near London. It’s well equipped for visitors with disabilities.

The Tiger Who Came to Tea: © Damien Wootten/Seven Stories

Topics:
Places
Get the latest news straight to your inbox

Accessible days out for booklovers

5 accessible activities to do with kids Make the most of the May bank holidays