Car technology is constantly developing to help improve safety on the road. This article from PA Motoring Service shows reports claiming that the impact of some accidents could be lessened significantly if technology such as Autonomous Emergency Braking was more widespread.

Car safety experts have claimed that the number of people killed or seriously injured on the road could be cut by almost a quarter if autonomous emergency braking systems were made compulsory.

Thatcham Research, which is the organisation behind Euro NCAP crash testing, analysed data from ‘killed or seriously injured’ (KSI) incidents in 18 major cities in the UK in 2016. It calculated that in 24 per cent of cases, the front of the car was the first impact point, meaning advanced safety systems could have lessened the effects of the crash. 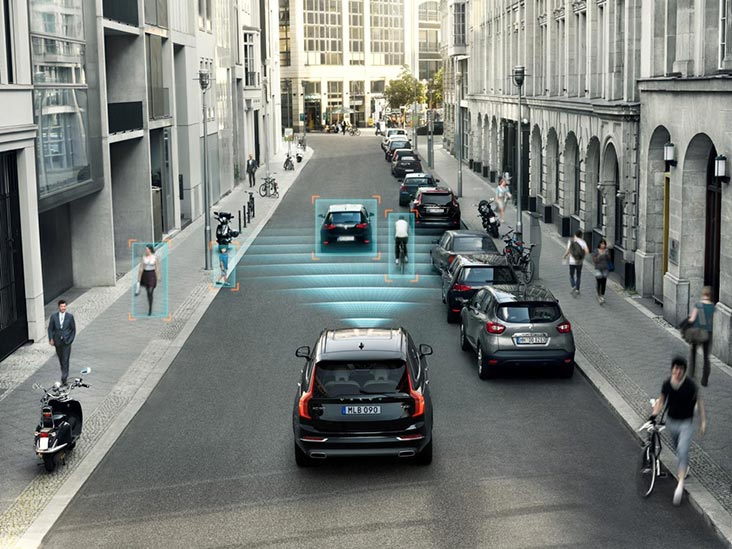 Autonomous emergency braking (AEB) uses radars and cameras to read the road ahead, while on-board computers analyse the data and can apply the brakes if it thinks the driver hasn’t noticed a hazard.

Matthew Avery, head of research at Thatcham, said: “The radars and cameras which AEB relies on are always watching the road ahead. 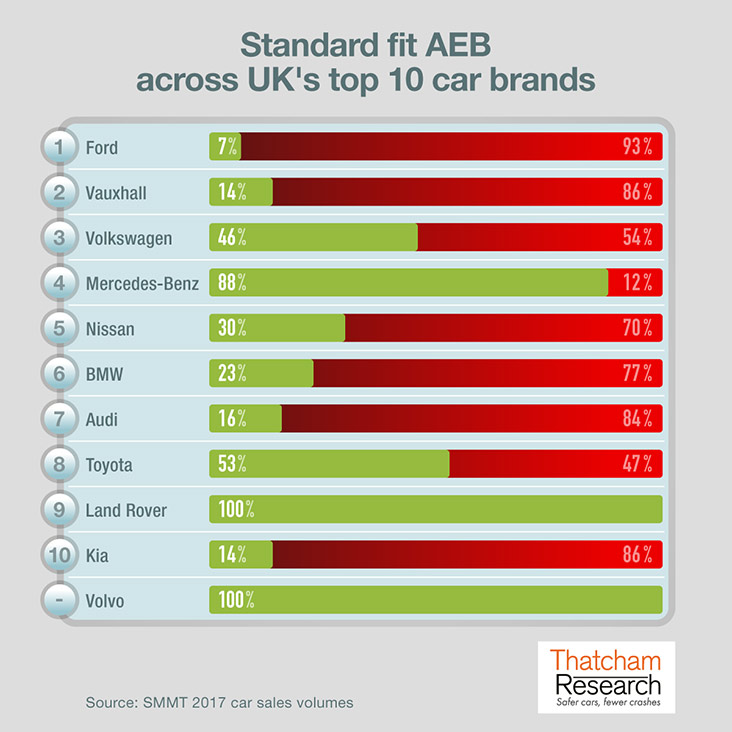 “Whether we like to admit it or not, we are fallible behind the wheel and over 90 per cent of accidents are a result of human error. This is why AEB will eventually be recognised as one of the most important safety innovations in modern history.”

According to Thatcham’s research, AEB could have prevented 32 per cent of KSIs in Bristol, 30 per cent in Portsmouth, Glasgow and Norwich, and 28 per cent in Manchester. Of the 18 cities that were analysed, AEB would have had the smallest impact in Leeds, preventing 17 per cent of KSIs. 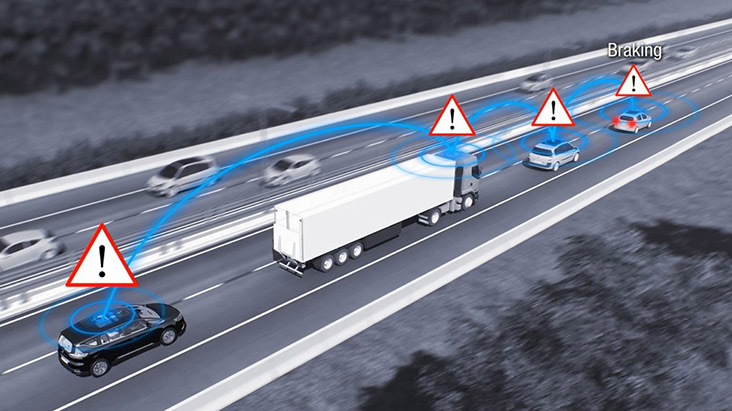 A spokesman for the AA said: “In these days where you’re up against cyclists with no lights, the smartphone zombies who step out in front of your car and all the other unexpected perils that pop out of nowhere in a town or city, autonomous emergency braking could be the difference between avoiding the collisions or a tragedy.”

A spokesman for the road safety charity Brake added: “Every road death and serious injury is a preventable tragedy, affecting the lives of individuals, families and communities across the UK”

“Brake has long called for AEB technology in all new vehicles and that is because it is proven to save lives. The government must listen to these findings and mandate AEB, helping put a stop to the daily devastation seen on UK roads.”

However, AEB only tends to be standard on more premium or high-specification vehicles. Research by Thatcham found that Ford and Vauxhall, the two best-selling brands in the UK, have the lowest availability of AEB across their range, at seven and 14 per cent respectively.

Just Land Rover and Volvo offer AEB on every vehicle they make. A spokesperson for Volvo UK said: “At Volvo Cars, we always put people and safety first. Our vision is that nobody should be killed or seriously injured in a new Volvo car from 2020.

“Volvo’s autonomous emergency braking systems, part of our standard City Safety package, work day and night to prevent or mitigate against collisions with vehicles, pedestrians, cyclists and large animals. They are so effective in real-world situations that the three best-performing cars to date in Euro NCAP AEB tests are all Volvos: the new XC60, V90 and S90.”

A spokesperson for the Department for Transport said: “The UK is a member of the European New Car Assessment Programme. This programme has incentivised the fitting of AEB systems capable of preventing or reducing injuries from slow speed collisions since 2016. We are also working with the international community to create a regulatory standard for AEB in passenger cars and vans.”

This article was written by Darren Cassey from PA Motoring Service and was legally licensed through the NewsCred publisher network. Please direct all licensing questions to legal@newscred.com

Explore our motoring section for the latest on cars, scooters, technology and trends.