The accessibility of chargers is a very important aspect of switching to an electric car. In this article, Tim Nevinson looks at whether wireless charging is available for electric cars, and what the advances in charging technology could mean for drivers.

At present, an electric vehicle (EV) needs to be charged by plugging in a cable from your car to an electric charging point. This is one of the main differences between EVs and their petrol or diesel alternatives, as they need to be connected to a power source to charge their battery. This means you must first either install a charging point in your house or find a charging point near you (these are usually found in places such as supermarkets, gyms, shopping centres or in the street). You then need to get out of the car, plug it in and leave it for a little while as the battery charges.

An exciting development that is now being looked at is wireless charging. This would allow drivers to charge their car without having to plug it in with a cable and would mean that you don’t even have to get out of the car.

There are currently some trials taking place right now in Nottingham and Marlow, as well as places further afield such as Gothenburg, Sweden. It’s predicted that a vehicle equipped with wireless charging will be on sale in the UK within the next two years. You are likely to see it in vehicle fleets first, such as taxis, delivery vans, and so on.

Not a Scheme customer?

Join the 640,000 people already enjoying the benefits of a worry-free lease through the Motability Scheme.

At present, wireless charging electric vehicles (sometimes referred to as WCEVs) are not yet a mainstream option for drivers. There is a Hyundai SUV which is available in America with an optional wireless charging feature (provided by WiTricity), and many people predict that it won’t be long before this can happen in the UK.

It is fair to say that every large car manufacturer is working on commercially available Wireless Vehicle Chargers, however it is likely to be a couple more years before you can buy or lease a WCEV.

How does wireless charging for cars work?

It uses something called ‘inductive charging’ which has been around for over a hundred years, and it is currently used for things like mobile phones, electric toothbrushes, and other portable devices.

Power is created by using tightly bound coils of wire which are pumped with electricity to create a magnetic field. There is a transmitter coil (which is found in the charging unit itself) and a receiver coil (which is found in the device being charged). Power is passed from the charging unit to your device using the magnetic field, and this power is then stored in the device’s battery to be used later.

When it comes to wireless charging for cars, there are a few things to consider. The technology involved needs to line the wireless charger up with the car’s receiver, maintain the connection without interruption, and control heat and safety. This will allow the two charging pads to ‘talk’ to each other and engage.

In terms of size, the charging pad is a metre square, while the car’s receiving pad is enclosed in a ‘place-mat’ sized box under the car. Once you align the car over the pad with the correct air gap, charging will take place.

Are there different types of wireless chargers?

At present, static charging is being looked at more closely because it requires less investment and disruption compared to dynamic charging. ‘Moving’ chargers would depend upon local authorities and road networks to set up infrastructure, making them expensive to build and a bit more disruptive.

How long would it take to charge a car wirelessly?

It takes no longer using wireless charging than it does to use a standard plug-in arrangement.

How much does it cost?

Like everything, new technology is initially expensive, but then the cost comes down as it becomes developed in the marketplace. In the meantime, drivers who are interested in switching to electric can opt for one of the affordable electric cars available on the Motability Scheme – which include a free home charge point installation.

What are the advantages of wireless charging for cars?

Not having to get out of your vehicle to refuel it is a real bonus, particularly if you have mobility issues that make using a charging cable difficult. With wireless charging, you simply use an app to manoeuvre the car into the correct position, set the charge going, and then pay for it. It would be another step in helping to make EVs more accessible to a wider range of people.

When can I get an electric car that can charge wirelessly?

There are many trials worldwide, however they are generally being run by big corporations and investors. We have yet to reach the point where the public can use wireless EV charging on a wider scale, although it’s possible that this will be changing in the next few years as technology advances.

What about Solar panels and hydrogen?

So far, we have focused on charging electric cars, as they are likely to be the most common type of new cars on the roads in a few years (with the government’s fossil fuel car ban in 2030). However, there is also research being done into hydrogen and solar power as potential options for generating power and battery storage. Although hydrogen power may have potential, it is nowhere near as mainstream as electric cars. Solar power can’t yet be used as a sole power source for cars.

Wireless is an important step in making electric cars a more popular and accessible choice and is being looked at by manufacturers worldwide as the technology continues to develop. We are a couple of years away from being able to use wireless charging for electric cars, but it seems like it will be a much more convenient solution for a lot of drivers.

The Motability Scheme offers an all-inclusive package. If you are in receipt of a qualifying mobility allowance you can use it to lease a car, scooter, powered wheelchair or Wheelchair Accessible Vehicle. The Scheme provides flexible and hassle-free access to a brand new, reliable vehicle of your choice. As well as a great choice of cars, we also provide a wide range of Wheelchair Accessible Vehicles, scooters and powered wheelchairs.

How technology helps keep us mobile 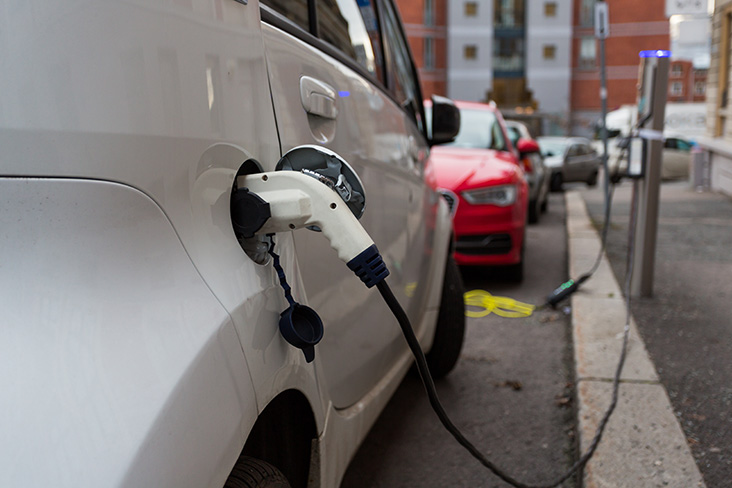